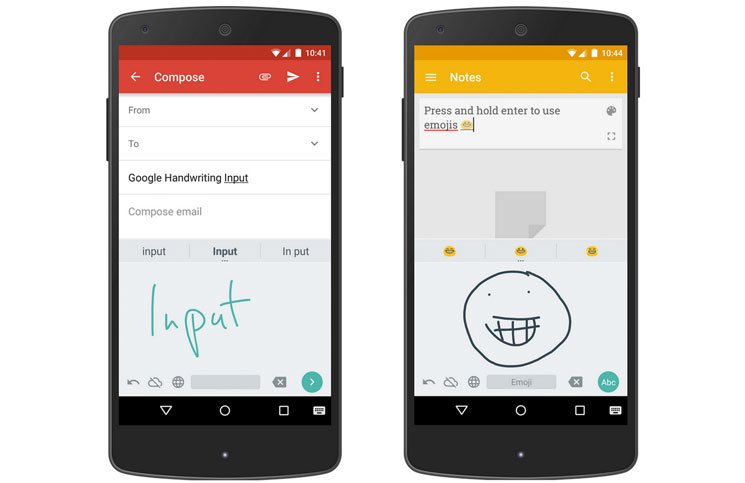 Google doesn’t like to sit idle and that is why it keeps rolling out new product enhancements every day. And no, we are not talking about the Android OS here—in fact, our focus is on one of the Google apps, which the company has recently announced. It is the new Google Handwriting Input using which you can write your messages the way you do on your notebooks—with or without stylus.

The app will be available to for Android 4.0.3 (or above) users. You can write text, draw emojis and do a lot more with this tool. This would be supporting 82 languages in 20 distinct scripts.

If you want to use this app, simply download Google Handwriting Input available on the Google Play Store.

Gadget Bridge Bureauhttp://gadgetbridge.com
Facebook
Twitter
WhatsApp
Linkedin
ReddIt
Email
Previous articleAfter a hit flash sale yesterday, Lenovo A6000 Plus launch was next on their to-do list
Next articleWhat is Net Neutrality and how will it benefit or not benefit the Indian Consumer?