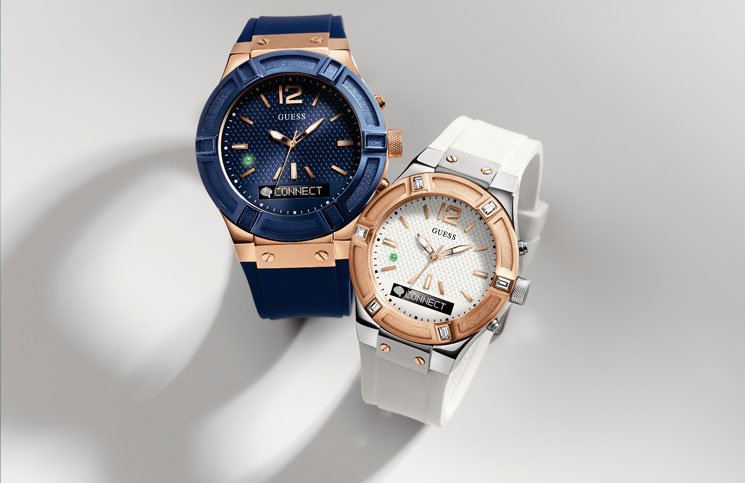 GUESS is well-known for recreating fashion and lifestyle products. They have partnered with Martian Watches (a California based award-winning developer of fashionable smartwatches) and have just announced the debut of its latest wearable tech timepiece called the GUESS CONNECT. This fashion chic smartwatch line is designed for both men and women.

The GUESS CONNECT smartwatches will feature Martian’s dual mode functionality. This Martian module would sport a microphone and clear audio speaker as well. The GUESS CONNECT smartwatches will also allow users to connect to their smartphone’s resident voice command app. With this feature, the users can give voice commands, talk and listen, and respond to texts and emails directly from the watch.

The company will be launching the GUESS CONNECT smartwatch in India by this October. The price will be announced soon.

Sahiba Sethhttp://www.gadgetbridge.com
Sahiba Seth is a student, pursuing English (Hon) from Delhi University. She has been a trainer of HYTSE (Helping Youngsters To Speak English) in her school. She loves to interact with people and she is crazy about gadgets like mobiles and cameras. She likes to read and search about gadgets, and their features. She loves to stay in tune with the happenings of Hollywood and Bollywood. Also, she is passionate about reading novels and creative arts.
Facebook
Twitter
WhatsApp
Linkedin
ReddIt
Email
Previous articleMake in India: Lenovo and Motorola to start local manufacturing of smartphones in India
Next articleKingston launches the stylish HyperX Cloud Core II Gaming headphones in India