The projector is powered by a Qualcomm Snapdragon 670 processor. 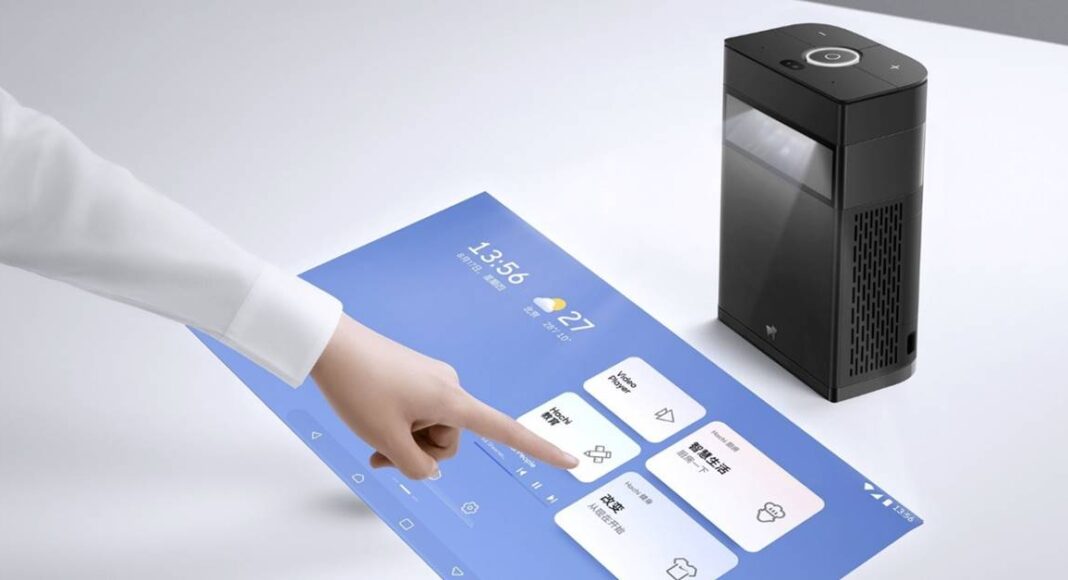 Hachi has announced the official launch of its brand-new device, Hachi Infinite M1 projector. The first-ever portable smart projector turns any flat surface into an interactive touchscreen is now available for purchase on Amazon and www.hachismart.com. The projector features human-computer interaction and AI integrations for unmatched immersive experiences.

Expressing excitement to introduce Hachi Infinite M1’s industry-first capabilities into the homes of consumers, Song Tang, VP of Technology and Lead of AIoT at Hachi, said, “The projector’s novel interactive AI capabilities, multitouch technology and spectacular HD picture come together to create an entirely new category within the smart home market. The debut of Hachi Infinite M1 marks a significant moment for our brand and a huge leap toward our ultimate goal of bettering the everyday lives of our customers through helping them build their ideal smart living ecosystems.”

Hachi, which is led by parent company Beijing Puppy Robotics Co., Ltd, first unveiled the device earlier this year at CES 2020. Hachi claims that the Infinite M1 offers AI-powered education, fitness, and kitchen functions that enable intuitive interactions and immersive experiences for children and adults alike in these settings.

Furthermore, Hachi Infinite M1 boasts an ultra-short throw DLP and an HD display of up to 100 inches from just half an arm’s length away. Unlike projectors with basic touchscreen functionality, it is powered by a proprietary multitouch technology called AnyTouch that works on all surfaces and enables responsiveness on par with capacitive displays. In horizontal or vertical projection mode, the device generates a 23-inch interactive touchscreen similar to that of a tablet device, using computer vision that tracks and reads a user’s touch to detect each tap on the surface instantly without delay.

The company further added that current users of Hachi Infinite M1 projector can experience its AI Education function, which features interactive games for children employing AI recognition to identify physical objects such as letters and blocks placed within the touch interface, blurring the boundaries of digital and traditional learning.

Hachi Infinite retails for $999 USD (approx. Rs 73076.85) and is available for purchase with worldwide shipping on Amazon and www.hachismart.com.