Honor 9A smartphone and MagicBook 14 launched: Pricing and Specifications 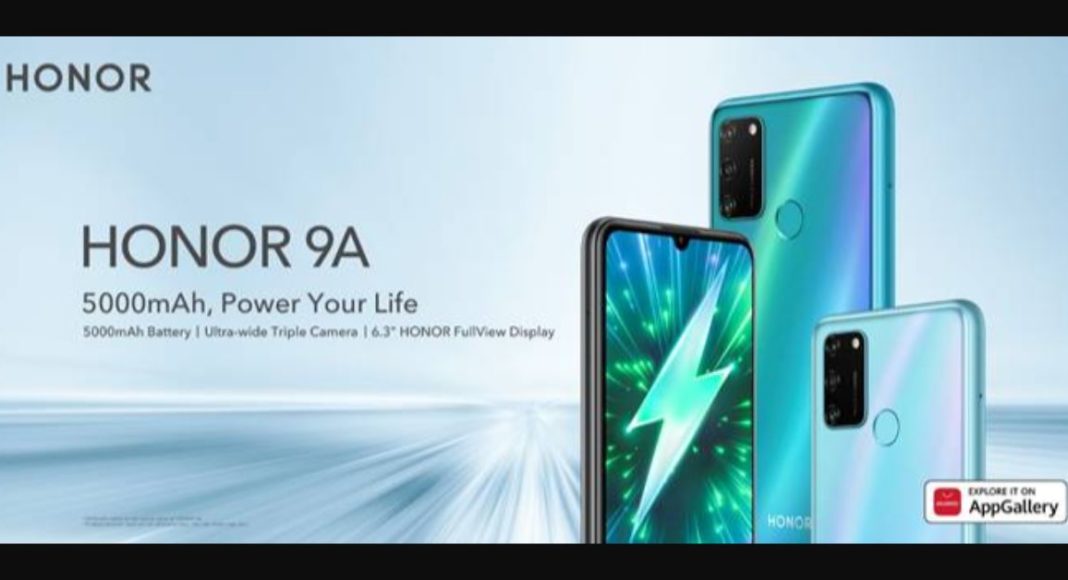 Huawei sub-brand has launched a slew of its products in the market. The company has released Honor 9A smartphone, Choice True Wireless earbuds and MagicBook 14. Honor 9A is a budget product that was first launched in China. These products have now made its debut in the UK, France and Germany. The availability of the products is the Indian market is yet to be announced.

According to the company from June 23, Honor fans from UK, Germany, France and other countries can now avail of discounts on smartphones, laptops as well as wearable via hihonor.com. According to the company, those who register and subscribe at hihonor.com from June 18th to July 1st to become HONOR VIP members will be able to unlock a range of exclusive benefits including:

Honor 9A comes with a 6.3-inch HD+ display with a U-shaped notch to house a selfie camera. The device is powered by the MediaTek MT6762R processor paired with 3GB RAM and 64GB of expandable storage. It runs on Magic UI 3.1.1 skin on top of Android 10 OS. The smartphone is supported by a 5000mAh battery and a rear-mounted fingerprint sensor for security. For optics, there is a triple rear camera set up that includes a 13-megapixel main sensor, a 5megapixel macro lens and a 2megapixel depth sensor. For selfies, there is an 8-megapixel camera on the front.

Honor 9Asmartphone will be available in two colour options Midnight Black and Phantom Blue. The handset is scheduled to go on pre-orders on July 1 for €149.9 that translates to Rs 12,700 via  Hihonor, Amazon and other retailers.

Honor MagicBook features a 14-inch 1080p display. The laptop is powered by an AMD Ryzen 3500U paired with 8GB of DDR4 RAM and 256GB of PCIe SSD storage. The device comes with a Magic-link 2.0 for seamless multitasking and a handy pop-up webcam that has been hidden underneath the handy pop-up webcam. 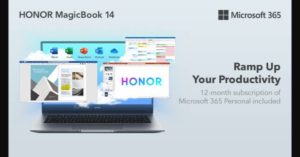 On the purchase of the MagicBook the Microsoft 365 subscribers get exclusive access to 200+ new premium templates across Word, Excel, and PowerPoint. To supercharge creativity, Microsoft 365 also provides subscribers with exclusive access to over 8,000 beautiful images and 175 looping videos, plus 300 new fonts and 2,800 new icons to create high-impact and visually appealing documents. Besides this, the company has also launched the ‘Looking to the Future’ Microsoft 365 Challenge, offering the chance for HONOR fans to win a brand new HONOR MagicBook 14 and HONOR’s cutting-edge range of all-scenario smart devices.

Honor MagicBook will be offered in a single Space Gray colour option with Windows 10 Home out of the box and a 1-month free subscription of Office 365. It will be available with a price tag of   €649.90 that translates to Rs Rs 55,600 at hihonor.com. The device is now up for pre-order in the UK, France and Germany. 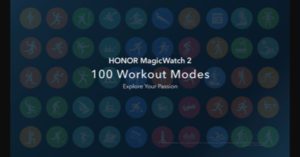 The Chinese company has also launched Honor MagicWatch 2. The watch comes pre-installed with 15 workout modes. It is capable of tracking fitness activities with the 85 customisable workout modes that can automatically detect six different categories of sports – extreme, leisure, fitness, aquatics, ball games and winter sports. It comes with comprehensive monitoring that can track 194 types of data to help boost your performance and motivate you to become a better version of yourself.

Magic Earbuds comes with Hybrid Active Noise Cancelling Technology with a dual-microphone setup. Moreover, the users can also choose to activate the all-new awareness mode to be more aware of their surroundings, without removing your earbuds.

Whereas Honor Choice TWS earbuds have also been unveiled by the company. It features a 7mm composite diaphragm speaker to deliver decent sound quality and effectively reduce noise from your surroundings during calls or while listening to music. The TWS earbuds come with 24 hours of battery life

Komila Singhhttp://www.gadgetbridge.com
Komila is one of the most spirited tech writers at Gadget Bridge. Always up for a new challenge, she is an expert at dissecting technology and getting to its core. She loves to tinker with new mobile phones, tablets and headphones.
Facebook
Twitter
WhatsApp
Linkedin
ReddIt
Email
Previous article
June 24 Amazon Quiz Answers: Answer these five questions and you could win Samsung Galaxy Note 10
Next article
Now you can win a brand new Silverback set in PUBG Mobile