Here is our review of Honor 9X 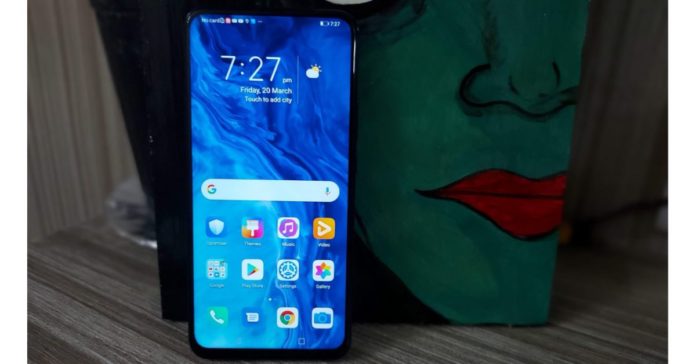 The Chinese smartphone company Honor arrived with a new smartphone earlier this year, which was launched globally last year. The company launched Honor 9X at affordable pricing that is also the company’s first smartphone with a pop-up selfie camera. The device is the successor of Honor 8X that was launched last year in India. The company has launched the phone at an affordable price of Rs 13,999 for the 4GB RAM and 128GB storage. For the review, we received the 6GB variant. In this price segment, the device is expected to give tough competition to Realme and Xiaomi smartphones. However, the X series is the most successful under the budget smartphone that offers attractive design along with decent specifications. To recall, the smartphone was launched in China in mid of 2019 however it arrived in India this January. To know more about the device read our review of Honor 9X.

Starting with the design, the Honor 9X comes with a notch-less large display. The biggest problem of the bigger display is that sometimes your one hand cannot reach the top and the edges of the screen and ultimately you will need to use your other hand to handle the phone. Also, the phone is a bit heavier, even when it is all plastic built. It comes with a big 6.59-inch LCD FullView display with 1,080×2,340 pixels resolution and a 19.5:9 aspect ratio. The benefit of a big screen is that you can enjoy streaming videos and movies on it, plus if there is no notch to house a selfie camera the overall viewing experience becomes distraction-free. The smartphone comes with Widevine L1 support enhancing streaming videos with an HD resolution on compatible apps such as Netflix, Amazon prime among others. 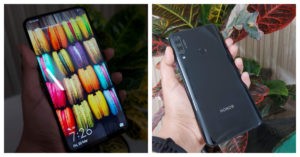 The rear body comes with a 3D curved panel with a glossy finish, which is offered in two colour options Midnight Black and Sapphire Blue. The phone attracts more dust also the fingerprints are much visible on the Midnight Black variant which we got for the review. The pill-shaped rear camera is located on the upper left corner of the rear panel. The camera set up consists of three camera sensors that have been placed vertically inside it whereas the flash has been placed just below the setup. Honor 9X features a rear-mounted fingerprint sensor that is quick at unlocking the phone. The company has not provided the face unlock feature on the phone because it houses a motorised selfie camera. So this method will take time to unlock the phone as it has to rise up every time the user asks for face recognition. Like we mentioned earlier this phone is Honor’s first pop-up selfie camera phone, which sits just beside the SIM card tray. On the right side, there is a volume rocker and a power button. At the bottom, you can find a 3.5mm headphone jack, a USB Type-C port for charging and a speaker grille. 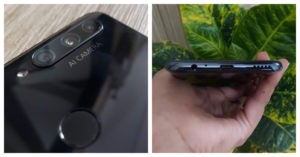 Coming to the display Honor 9X features a 6.59-inch IPS LCD FullView display which is just perfect in this price point. During our review, the display had an accurate colour as well as brightness and contrast. The smart resolution feature on it lowers the screen resolution to save power when necessary. When used outdoors the visibility of the display was not great under direct sunlight, so this is something Honor needs to work upon in future phones.

The Honor 9X is powered by Huawei Kirin 710F processor, which is also provided on its predecessor Honor 8X. This really failed to impress us because it rivals Xiaomi and Realme already offers their devices with the latest processor at very decent pricing. Moving ahead the processor is paired with up to 6GB of RAM and 128Gb of storage. However, it lacked an upper mid-range processor, the overall experience was fair enough as it did not suffer any lag or slowdowns while loading apps such as Facebook, Instagram, etc. But it could not handle heavy games such as PUBG on higher settings despite having GPU Turbo 3.0 that usually delivers good results. So, in this case, we would suggest you to play the game on the lower graphics settings. We would need to point out here, other smartphones such as Redmi note 8 at this price range deliver better performance. 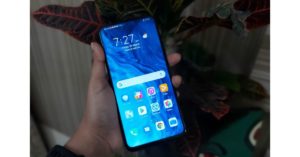 Else it comes with a 4,000mAh battery for longer battery life. We used the mobile phone for a few days regularly, spent a couple of hours watching videos, checking our social media accounts such as Facebook, Twitter and Instagram, listening to music and checking emails and it lasted a day. On discontinuous usage, the battery survived more than a day. We really don’t need to worry about putting it on charge or saving the battery to get through the day. It has a better battery life than most in the category, which we have reviewed in the recent past. It never made us feel like, plug in the charger or the phone will die during the day. 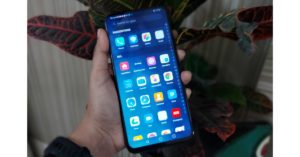 The overall performance of the phone is fairly good. However, the cameras left us with a mixed bag of feelings. The Honor 9X comes with a triple rear camera set up that includes a 48-megapixel primary sensor, a 2-megapixel depth sensor and an 8-megapixel wide-angle lens. The phone clicks pictures with the 12-megapixel sensor on the main camera by default. Here, the white balance and the colours were accurate. You can opt for a full-resolution 48-megapixel image within the settings. Yes, you can shoot in 48 megapixels, but to get to it is a task.

The shots taken under low lighting conditions were good and detailed. But we discovered that the 48-megapixels deliver good images only when there is good lighting otherwise the pictures were a bit noisy. The shots taken in portrait mode were really disappointing. The camera lens just could not detect the edges and the outcome was not satisfactory. You do get a dedicated aperture mode so that you can adjust the blur effect manually. Over that, there are other camera modes on the phone such as slo-mo, moving picture, light painting and stickers.

We were surprised by the results of the night mode. The images taken under dark conditions delivered good details as well as colours. The main camera was also capable of capturing low light pictures, but we would recommend you take images with the dedicated night mode that delivers good pictures with low noise and perfect colours. 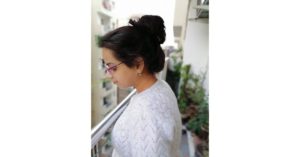 The performance of the selfie camera is also average. The Honor 9X comes with a 16-megapixel pop-up selfie camera, which is a bit slow. We clicked the selfie shots while keeping the AI beautification mode disable because the resultant images with it softened the edges too much. We noticed the same problem when selfie pictures were clicked in the portrait mode. Firstly it over smoothened the skin texture and then again the edge detection was not accurate, it blurred many strands of our hairs and we would definitely not recommend you to use this feature for taking selfies.  Other than that, the device is capable of recording 1080p at 60fps and wide-angle video at 30fps.

Honor 9X is a good mid-range smartphone being offered by Huawei at the price point. You get a notch-less screen, a semi-decent camera set up and excellent battery life. A good phone for day to day tasks, however, a powerful processor could have uplifted the performance of the camera because in 2020 it would not be easy for it to compete with other brands at this price range. In the same price segment, Redmi 8 Pro comes with a powerful chipset whereas Samsung M31 is giving a super large battery. So you can pick from these in the range.

Camera performance could have been better

- Advertisment -
The Chinese smartphone company Honor arrived with a new smartphone earlier this year, which was launched globally last year. The company launched Honor 9X at affordable pricing that is also the company's first smartphone with a pop-up selfie camera. The device is the successor...Honor 9X review: An affordable smartphone