The phone comes in two colour options Black and Red. 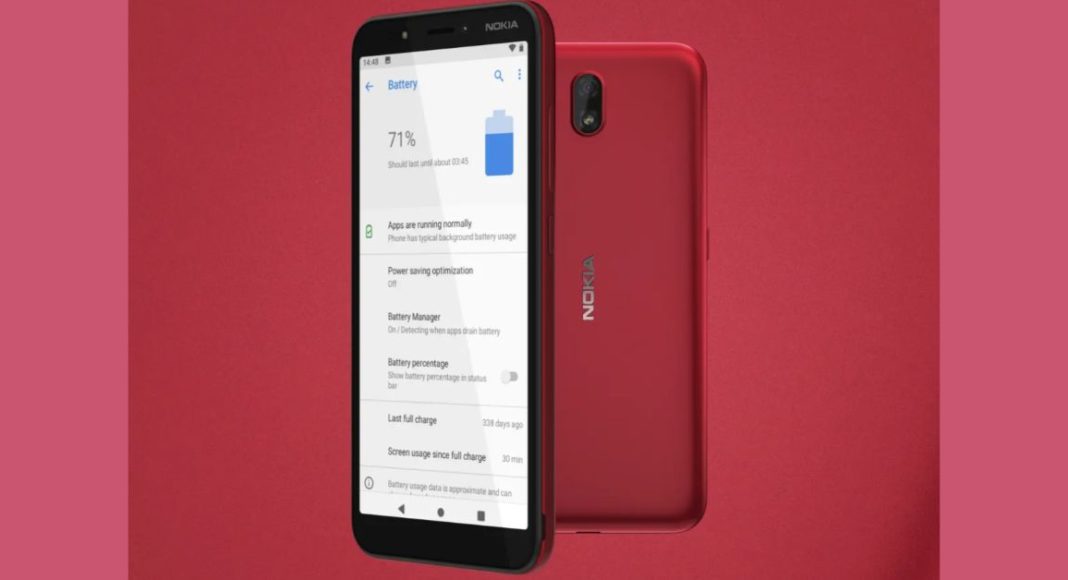 The HMD Global launched the Nokia C1 Android Go edition smartphone. The device has been launched in Kenya and the company has not yet revealed if the smartphone will launch in other markets or not. The mobile phone carries a very traditional looking design and with 3G connectivity. The key highlights of the smartphone include a 5.45-inch FWVGA+ IPS display, a quad-core processor and a 5-megapixel rear camera. Read on to know more about the new smartphone.

HMD Global launched the Nokia C1 in Kenya for the entry-level market. The company has priced the smartphone at 6,000 Kenyan Shilling that translates to Rs 4200. The company has introduced the phone in a single 1GB RAM with 16GB of internal storage option. Until now there is no word from the company whether the smartphone will launch in India or not but will be available in Africa, the Middle East, and the Asian Pacific.  The company introduced the phone in two colour options Black and Red.

Nokia C1 draws its power from a 1.3GHz quad-core MediaTek processor paired with 1GB of RAM and 16GB of internal storage. The internal memory can be expanded using a microSD card up to 64GB. The dual sim phone features a 5.45-inch FWVGA+ IPS display with 960×480 pixels of resolution. The Nokia mobile phone runs on Android 9 Pie (Go edition). The smartphone also includes a dedicated Google Assistant button.

In terms of camera, Nokia C1 comes with a single 5-megapixel rear camera with f/2.4 of an aperture. While on the front there is also a 5-megapixel selfie camera for taking selfies and video chatting. Both the cameras include flashlight for taking better pictures during low light situations.

The newly launched HMD Global handset houses a removable battery with a capacity of 2500mAh. There is no support for 4G it only supports 3G connectivity. Besides this, the phone measures 147.6 x 71.4 x 8.7mm and weighs 155 grams.

Komila Singhhttp://www.gadgetbridge.com
Komila is one of the most spirited tech writers at Gadget Bridge. Always up for a new challenge, she is an expert at dissecting technology and getting to its core. She loves to tinker with new mobile phones, tablets and headphones.
Facebook
Twitter
WhatsApp
Linkedin
ReddIt
Email
Previous article
Xiaomi becomes the most loved Smart TV brand in Q3 2019
Next article
Philips launches two new Soundbars in india starting at Rs 18,990