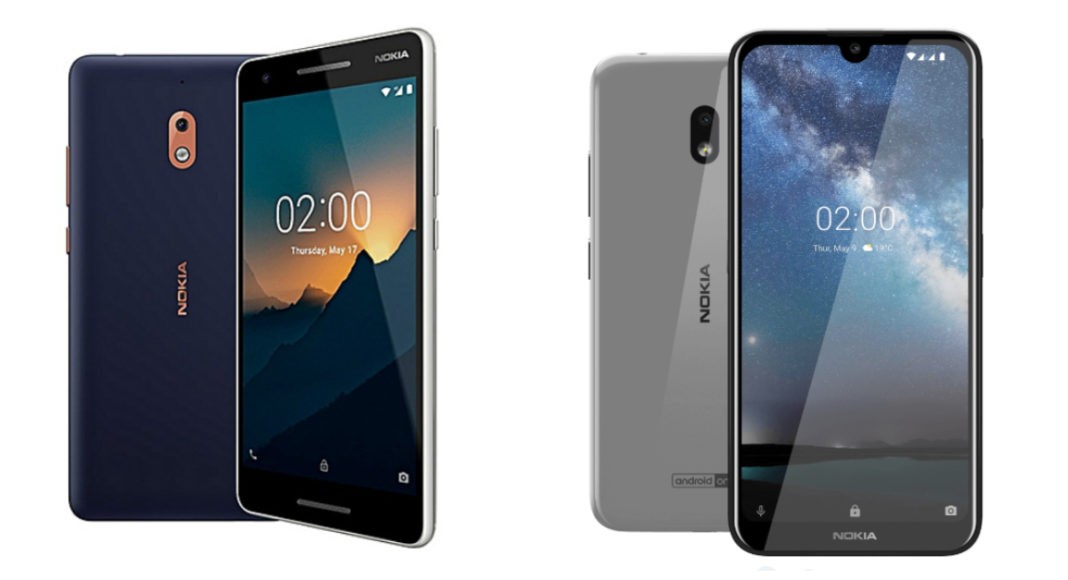 HMD Global has launched its new budget smartphone, Nokia 2.2 in India and it is the upgraded and newer version of the Nokia 2.1. The new device packs a number of good features considering its price point. HMD Global has also announced that the Nokia 2.2 will be getting the Android Q update once it rolls out along with 2 years of regular updates. It makes Nokia 2.2 the cheapest smartphone to receive the Android Q update from Google and it has also made the budget segment market a little tougher to compete. Although the new Nokia smartphone comes with new features and specifications but the earlier model Nokia 2.1 is also not far behind and it still offers a better price-to-specification ratio in smartphone market. Read on to find out how the two smartphones differs from each other and what makes them different. Here we compare the Nokia 2.2 and Nokia 2.1 so that you can see what all is new:

The Nokia 2.2 holds a bigger display than the Nokia 2.1 and its resolution of the screen is also higher than its predecessor.

The Nokia 2.1 is the clear winner here with its Snapdragon 425 SoC, even though the Nokia 2.2 is powered by a newer Helio A22 CPU.

Nokia 2.2 comes with a bigger and better camera than its predecessor and it is also touted to pack some AI enhancements that help the sensor take better images. The smartphone also comes with Google Lens support in its camera.

Both the smartphones come with the same single camera setup with a 5MP lens.

RAM and storage are among the main differences between the two smartphones. Nokia 2.1 comes in a lone 1GB RAM/ 8GB storage variant and the Nokia 2.2 packs a bigger 2GB RAM and 3GB RAM along with 16GB and 32GB storage making it better in performance.

Although both the Nokia 2.1 and Nokia 2.2 run Android 9 Pie but Nokia 2.2 is promised to get 2 years of regular updates and the Android Q update as well.

As mentioned above, Nokia 2.1 might be old but that doesn’t mean it can not compete well against the new Nokia 2.2. On some areas like the CPU, Nokia 2.1 wins with its Qualcomm’s Snapdragon CPU, even though the SoC on the device is older but it will no doubt compete against well against the new Nokia 2.2 powered by Helio A22 SoC. Nokia 2.1 loses on the RAM and storage department where it packs only 1GB of RAM and 8GB of internal storage so multi-tasking and storing many files wouldn’t work on it. On the other hand, the Nokia 2.2 comes with 2GB RAM and 3GB RAM variant with 16GB and 32GB internal storage variant so it gives some window to multi-tasking and storage.

In the end, Nokia 2.1 is still a good smartphone with good specs and offers a good value for money but Nokia 2.2 is better with its more RAM and storage, improved cameras and bigger display.

Aman Singhhttps://www.gadgetbridge.com/
Aman Kumar Singh has a Masters in Journalism and Mass Communication. He is a journalist, a photographer, a writer, a gamer, a movie addict and has a love for reading (everything). It’s his love of reading that has brought him knowledge in various fields including technology and gadgets. Talking about which, he loves to tweak and play with gadgets, new and old. And when he finds time, if he finds time, he can be seen playing video games or taking a new gadget for a test run.
Facebook
Twitter
WhatsApp
Linkedin
ReddIt
Email
Previous article
LG’s W-series smartphone teased on Amazon India before its official announcement
Next article
10 Android Smartphones under Rs 10,000 in India 2019