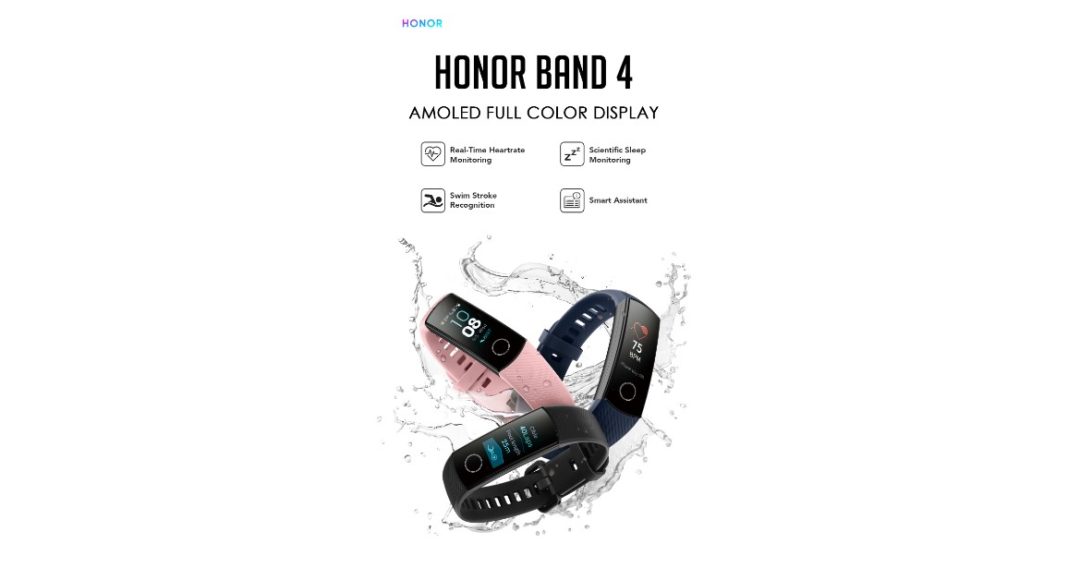 Huawei sub-brand, Honor, has announced that the Honor Band 4 is going on sale from February 25 via Amazon starting 12PM IST. The price of this smartband has been confirmed to be Rs 1,599 and will come in two colour options—Lava red and green. Interestingly, the Honor Band 4 comes in two wear modes—wrist mode and foot mode. The foot mode of this watch has especially been made for fitness freaks. Honor claims that the foot mode works better when word on a foot than wrist.

To talk about the features of the device, the Honor Band 4 comes with a 0.5-inch OLED screen and is powered by 77mAh battery. It is water resistant and has 6-axis sensor that is meant to ensure improved running detection by measuring cadence, step length, ground contact time, foot strike pattern, landing impact, eversion excursion and swing angle. Also, the Honor Band 4 running edition provides reminders, incoming call notifications etc. To recall, the smartwatch was unveiled along with the Honor View 20 smartphone last month.

The Honor View 20 sports a 6.4-inch LCD capacitive touchscreen display, with a resolution of 1,080×2,340 pixels. The smartphone runs Android 9.0 Pie out-of-box skinned with Magic UI 2 and is powered by HiSilicon Kirin 980 SoC. The device comes in 6GB RAM and 8GB RAM versions, which brings internal storage of up to 128GB and 256GB respectively. The single camera sensor is of 48MP, whereas the selfie camera on the front panel comprises of a 25MP sensor. Connectivity options include WiFi 802.11, Bluetooth 5.0, NFC, Infrared port and USB 3.1.

The Honor View 20 is powered by a massive non-removable battery of 4,000mAh and comes with multiple sensors. The sensors include fingerprint scanner, accelerometer, gyro, proximity and compass. It comes in multiple colour options such as sapphire blue, phantom blue, phantom red and midnight black. The Honor View 20 measures 156.9 x 75.4 x 8.1mm and weighs 180 grams.