How to watch PM Narendra Modi’s Man vs Wild episode

The episode will be broadcast in 180 countries. 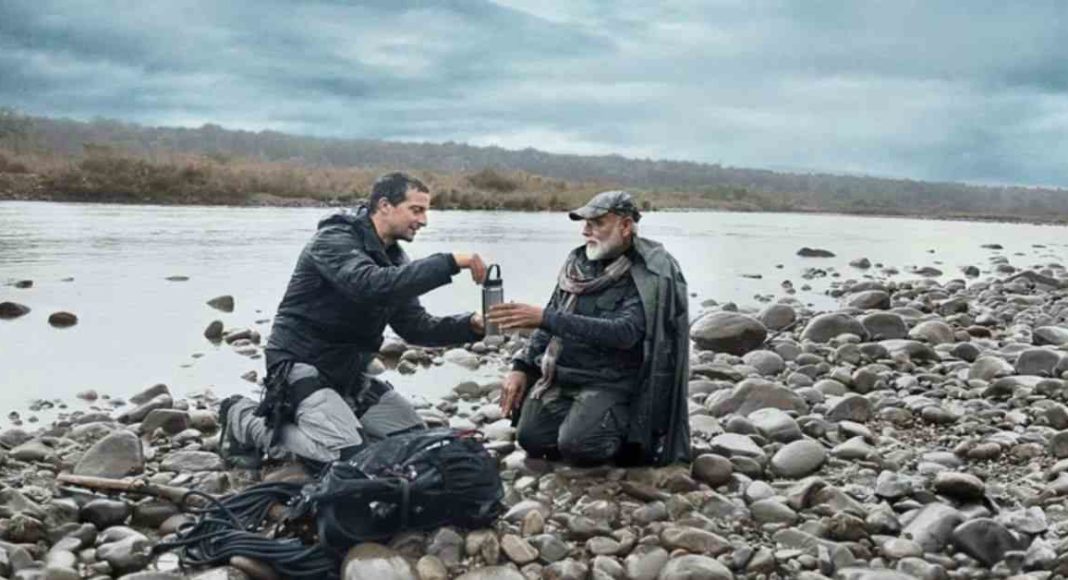 Prime Minister Narendra Modi will be seen on the Man vs Wild TV show on Discovery Channel on August 12. In the show, the Prime Minister will be seen venturing into the wilderness of Uttarakhand along with Bear Grylls, who is the host of the popular TV show.

Speaking about the special episode, Discovery Channel has issued a statement saying that it features survivalist and adventurer Bear Grylls. The channel has also said that the episode has been shot in India’s Jim Corbett National Park and that it will be a “frank and freewheeling journey”.

Grylls has also shared a clip of the show on his Twitter account in which PM Modi can be seen riding a small dinghy in a river along with the show host. If you are interested in watching the special Man vs Wild episode, you should know that it will premiere on August 12 and will be available to watch in more than 180 countries across the world on Discovery’s network of channels. In the episode, you will be able to see PM Modi in an avatar like never before.

In another scene from the episode, PM Modi can be seen welcoming Grylls to India and he is holding a weapon that has been carved out of bamboo and other forest materials. He says, “Main aapke liye isko mere paas rakhunga.” This translates to, “I will keep this with me for you.”

In the clip, Grylls can be seen replying with laughter, “You are the most important man in India, my job is to keep you alive.”

In a statement about the episode, PM Narendra Modi has said, “For years, I have lived among nature, in the mountains and the forests. These years have a lasting impact on my life. So when I was asked about a special programme focussing on life beyond politics and that too in the midst of nature I was both intrigued and inclined to take part in it.”

Watching this programme will make you want to visit different parts of India and add to discourse of environmental conservation.

He further added, “For me, this show presents a great opportunity to showcase to the world India’s rich environmental heritage and stress on the importance of environment conservation and living in harmony with nature. It was a great experience spending time in the jungle once again, this time with Bear, who is blessed with indefatigable energy and quest to experience nature at its purest.”

How to watch PM Narendra Modi’s Man vs Wild episode

The Man vs Wild episode has been shot in order to promote awareness on the conservation of animals and environmental change. You can catch it on Discovery Channel on August 12.

Additionally, it will also air on Tata Sky Mobile app at the same time.