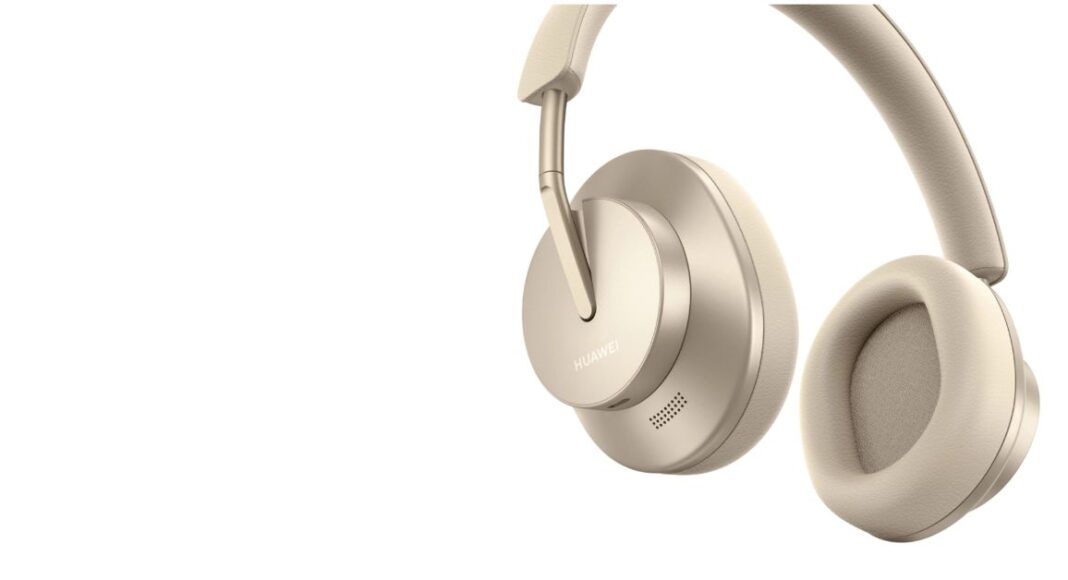 The Chinese electronics major today announced the launch of its latest first over-ear wireless headphones. The new Huawei FreeBuds Studio offers active noise cancellation (ANC) and an omnidirectional 8-microphone system for high-resolution music. The audio device comes with a metallic matte texture for a premium look. It delivers up to 20 hours of battery life with ANC and 24 hours if the ANC is turned off.

Let’s talk about the form factor first: the Huawei Freebuds studio has been finished with a metallic matte texture to give them a premium look while the cylindrical arm connecting the headband to the ear cups is built of stainless steel. The ear cups measure 65mmX42mm and are made up of protein leather for a soft and comfortable fit and better insulation. According to the company, the headband can extend to 150 degrees to fit different head shapes and sizes.

Huawei Freebuds Studio equips a 4-layered 40mm dynamic polymer diaphragm driver that supports an ultra-wide frequency response of 4Hz – 48kHzAs per the company its own L2HC wireless audio codec technologies achieve an audio transmission rate of up to 960kbps for high-quality sound. The headphones also feature “TAT” double-layer sound insulation structure as well as active noise cancellation that helps in achieving a noise cancellation effect of up to 40dB. Whereas the built-in IMU environment sensor and microphone system detect the user’s sound environment and offer three ANC modes that can adapt to the environment for better noise cancellation effects.

In addition to this, it also supports awareness mode and voice mode which lets the user stay aware of their surroundings while traveling. The headset features four-channel, dual-mode and dual connections that let you connect two devices at once.

It is claimed to be the first in the industry to bring dual antennas on the wireless headphones to offer 360° omnidirectional Bluetooth signal coverage for a more stable connection. The FreeBuds Studio can deliver 20 hours of battery life with ANC and it lasts four hours longer when ANC is turned off. According to the company on 10 minutes of charge, it offers five hours of music playback with ANC on and or eight hours if the ANC is turned off.

Huawei FreeBuds Studio has been introduced with a price tag of €299 that translates to Rs 25,967. The headphone will go on sale starting in November. The company has not yet shared the availability and pricing details of the FreeBuds Studio for the international market including India. With the launch of the wireless headphones, the company aims to take on Sony WH-1000XM4 headset and Apple AirPods Studio in the over-ear headphones segment.

Komila Singhhttp://www.gadgetbridge.com
Komila is one of the most spirited tech writers at Gadget Bridge. Always up for a new challenge, she is an expert at dissecting technology and getting to its core. She loves to tinker with new mobile phones, tablets and headphones.
Facebook
Twitter
WhatsApp
Linkedin
ReddIt
Email
Previous articleApple iPhone 12 and iPhone 12 Pro pre-order begins, launch offers revealed
Next article‘Always Mute’ option in Chat settings is now rolling out for WhatsApp users, here is how you can enable it on your iOS and Android devices