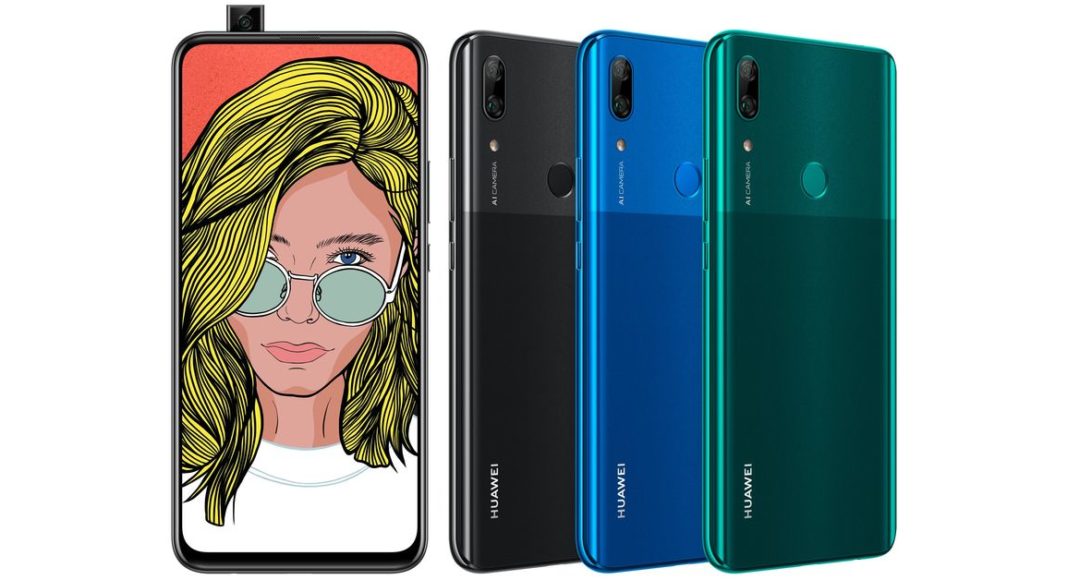 According to a report from MobielKopen, the Huawei P Smart Z will hold a price tag of EUR 210 (approximately Rs 16,200). It will come in three colour options – Midnight Black, Emerald Green and Sapphire Blue.

The Huawei P Smart Z might also be named as Huawei P Smart Pro and it will be available in the Chinese market soon. It will most probably make its way to the Indian market as well few days/weeks after its launch.

The renders of the device shared by leakster Evan Blass show that the device will feature a pop-up selfie camera, a first in Huawei’s smartphone category. It will also have dual-rear camera setup paired with LED flash along with rear-mounted fingerprint scanner.

The Huawei P Smart Z reportedly sports a 6.59-inch Full HD+ (1,080 x 2,340 pixels) display with an aspect ratio of 19.5:9 and a pixel density of 391ppi. It will most probably be powered by the Huawei’s own octa-core HiSilicon Kirin 710 SoC paired with 4GB of RAM. The Huawei P Smart Z allegedly has 64GB of internal storage with support for microSD card of up to 512GB. It will run Android 9 Pie skinned with EMUI and will pack a 4,000mAh battery. There will also be a presence of a rear-mounted fingerprint scanner along with a 3.5mm headphone jack (according to the renders).

Looking at the render and the price of the device, it is certain that the Huawei P Smart Z will be a mid-range smartphone.

Aman Singhhttps://www.gadgetbridge.com/
Aman Kumar Singh has a Masters in Journalism and Mass Communication. He is a journalist, a photographer, a writer, a gamer, a movie addict and has a love for reading (everything). It’s his love of reading that has brought him knowledge in various fields including technology and gadgets. Talking about which, he loves to tweak and play with gadgets, new and old. And when he finds time, if he finds time, he can be seen playing video games or taking a new gadget for a test run.
Facebook
Twitter
WhatsApp
Linkedin
ReddIt
Email
Previous articleRealme 3 goes on open sale days before the Realme 3 Pro’s debut
Next articleMicrosoft becomes a $1 trillion company