The price of the global variant of Huawei Y9 Prime 2019 has not been revealed yet. 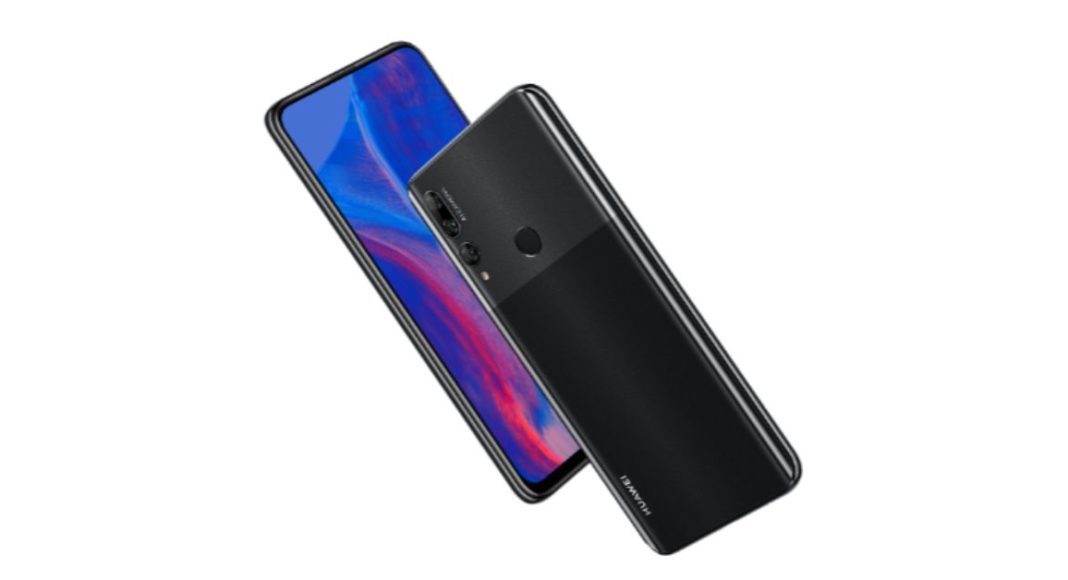 The biggest highlights of the Huawei Y9 Prime 2019 are its pop-up selfie camera, notchless display, and its 4,000mAh battery. A report has surfaced online in July this year which had shed light on the price of the handset in the country. Here, you can read more about the specifications and the launch of the smartphone:

As mentioned previously, the price of Huawei Y9 Prime 2019 smartphone was not mentioned by the company at its global launch in May this year. However, a report had recently surfaced online that claims that the handset will be priced under Rs 20,000 in India. The company will be beginning the launch event of the smartphone at 12 pm (noon) IST and it will be revealing the price of the device at 2 pm IST.

We should mention that Amazon India had started teasing the launch of the device by Huawei in India last month. Soon after, it also revealed that the handset will be unveiled for the country on August 1. 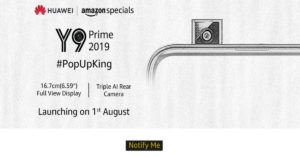 For imaging duties, there is a triple rear camera setup on the smartphone that comprises of a 16MP primary sensor, an 8MP ultra-wide-angle sensor and a 2MP lens. On the front, there is a 16MP sensor that can be used for selfies and video calls. It is worth mentioning that the lens on the front of the handset is housed in a pop-up selfie camera module.

The smartphone comes with 64GB/128GB of internal storage and has a fingerprint scanner on its back panel. For connectivity, there is support for GPS, USB-Type C, 4G LTE, Bluetooth and Wi-Fi.

Avani Baggahttp://www.gadgetbridge.com
Avani has an immense love for reading, travelling and food, but not necessarily in the same order. Avani almost started pursuing law, but life had other (better) plans for her and she chose to be a writer instead (luckily!) She previously covered technology at Times Internet and wrote about smartphones, mobile apps and tech startups. When she’s not writing, you’ll be able to find her in book stores or catching up on her social life.
Facebook
Twitter
WhatsApp
Linkedin
ReddIt
Email
Previous article
Microsoft takes a jab at Apple in the new Mac vs PC advertisement with a man named ‘Mac Book’
Next article
LG and Sony see a fall in smartphone sales