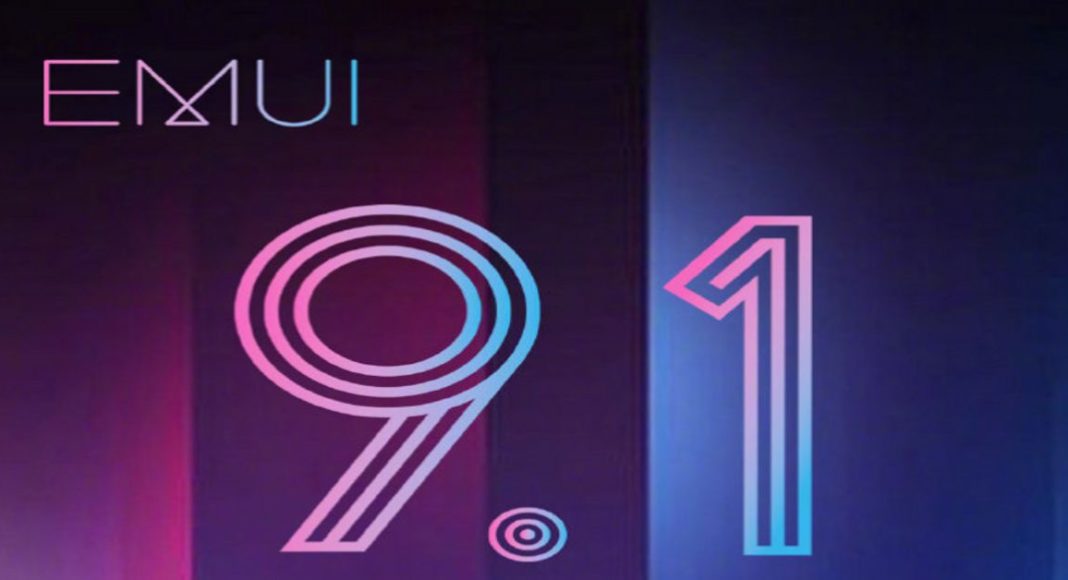 Till now, most of the Huawei’s smartphones came pre-installed with older version of the EMUI, the custom UI of the company. But the newest Huawei smartphones are coming pre-loaded with the EMUI 9.1 – the latest skin by the company. While it has not started officially rolling out yet, the company has released a list of 49 smartphones that would receive the new EMUI 9.1 upgrade in the coming weeks. The new update of EMUI brings lots of new features to the Huawei smartphones along with fixing some old bugs and issues. Before its official launch, the EMUI 9.1 public beta is being rolled out to four devices out of the 49 smartphones mentioned in the list.

Huawei took to Chinese social media platform Weibo to officially announce that the devices which are getting the public beta version of EMUI 9.1 are – Mate 20, Mate 20 Pro, Mate 20 X and Mate 20 Porsche Design edition. Other than the phones mentioned above, Huawei has started internal testing of few smartphones of the Mate 10-series and the Mate 9-series. The smartphones in Huawei Mate 10-series which will get the update are Mate 10, Mate 10 Pro, Mate 10 Porsche Design Mate RS Porsche Design. Speaking of Huawei Mate 9-series, the list devices to get the update include the Mate 9, Mate 9 Pro, Mate 9 Porsche Design. Some other smartphones which are currently being tested internally are Huawei P20, P20 Pro, P10 and the P10 Plus. There are also Honor smartphones in the list, Honor 8A, Honor 8X, Nova 2s, Honor 7, Honor 10, Honor V10 and a few others. Huawei Nova 4, Nova 3, Nova 3i will also be getting the update.

Talking about the new EMUI 9.1UI, it brings a number of changes over its predecessor. It has new themes along with fresh icon designs. There are reports which claim that the new EMUI 9.1 comes with Huawei’s super file system which can save 14 percent of storage space by advanced compression algorithms and improve the read performance of the device by 20 percent. The EMUI 9.1 also brings fixes and other minor improvements over its previous UI. Although the exact date of the roll out of EMUI 9.1 is currently not known, but it is certain that the four devices which are a part of the public beta phase will receive the update sooner than others.

Other than the devices mentioned above, Huawei is also planning to push the new EMUI 9.1 update to Honor Nova 4e, Nova 3e, Enjoy 9 Plus, Enjoy 8 Plus, Enjoy Max and Enjoy 9s. Besides the smartphones, the EMUI 9.1 update will also be pushed out to some tablets of the Chinese electronic maker as well. The list of tablets includes the MediaPad M5 Lite, MediaPad M5 Lite, MediaPad M5 along with Honor Tab 5 and few other tablets as wells.

Aman Singhhttps://www.gadgetbridge.com/
Aman Kumar Singh has a Masters in Journalism and Mass Communication. He is a journalist, a photographer, a writer, a gamer, a movie addict and has a love for reading (everything). It’s his love of reading that has brought him knowledge in various fields including technology and gadgets. Talking about which, he loves to tweak and play with gadgets, new and old. And when he finds time, if he finds time, he can be seen playing video games or taking a new gadget for a test run.
Facebook
Twitter
WhatsApp
Linkedin
ReddIt
Email
Previous articleTwitter India appoints Manish Maheshwari as the Managing Director
Next articleLG X4 (2019) with Hi-Fi Quad DAC support launched: Price and specifications