It is India's first electric SUV. 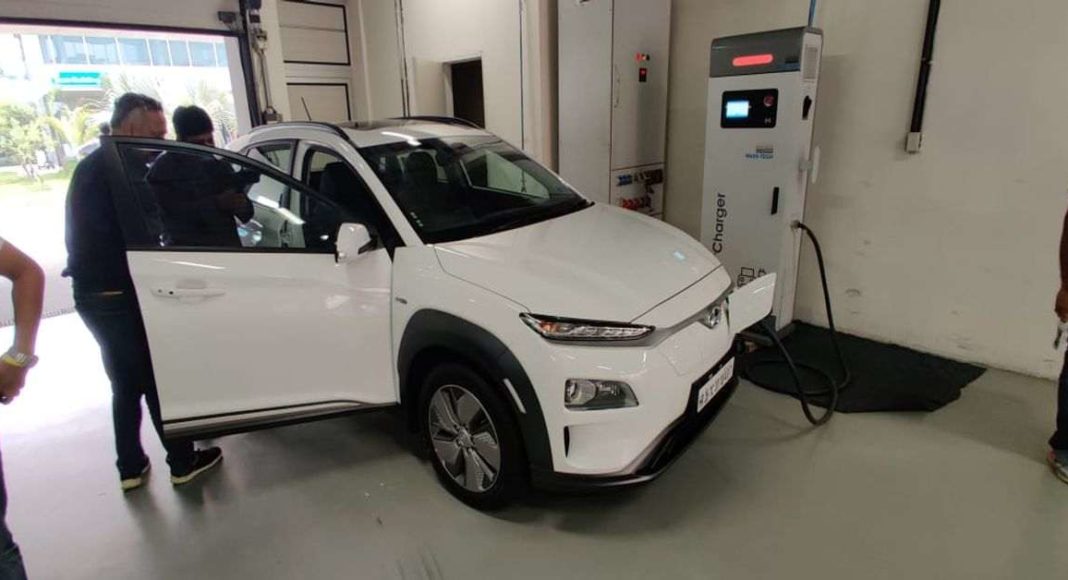 South Korea-based Hyundai Motor Ltd has today launched its electric sport utility vehicle – Kona – in India. Hyundai Kona electric SUV has been priced at Rs 25,30,000 and with this, the company has become the first manufacturer to launch a long-range battery electric vehicle in the SUV segment in India.

The company claims that Hyundai Kona electric car can cover 452 kms with just one single charge. Hyundai has also added that the car is considered to be one among the best long-range e-SUVs in the world. Nissan’s Leaf is another very remarkable car in the same category.

Hyundai has also taken steps to ensure that its electric vehicle manages to beat range anxiety and lack of charging infrastructure in India. For this, the company has provided two chargers to its customers along with the car. While one of the two is portable, the other one is an AC Wall Box Charger. 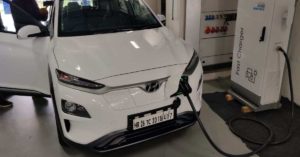 Hyundai Kona will be available for purchase at 14 dealers in 11 cities. The company has also said that it will be collaborating with Indian Oil Corporation Ltd to set up charging stations with fast chargers in fuel stations. The collaboration will extend in four cities – Mumbai, Delhi, Chennai and Bengaluru.

In addition to this, Hyundai’s dealerships that are eligible for selling Kona will also have chargers in their showrooms and service stations. The company is also offering the customers of Kona a warranty of three years with unlimited kilometres. With the lithium-ion battery, the company will be offering a warranty for eight years. However, that will be limited to 1,60,000 km. Hyundai Kona SUV houses a 39.2KWh advanced lithium polymer battery. We should mention that most other electric vehicles that are available in India come with batteries that are less than 20KWh. 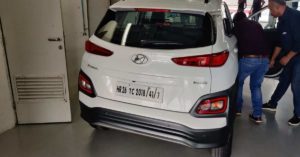 Speaking on the launch of Hyundai Kona, Seon Seon Kim, Managing Director and Chief Executive of Hyundai Motor India said, “The Kona Electric is the ‘The New Normal’ as it is the first long-range green SUV with a capacity of 452 kms in one charge, enhancing the customer confidence in electric mobility. Kona electric has received worldwide recognition and will be the most conducive e-vehicle for the Indian market.”

Besides India, Hyundai Motor is selling its Kona Electric SUV in markets like the United States, Europe, Australia and Korea, where electric vehicles are already common.