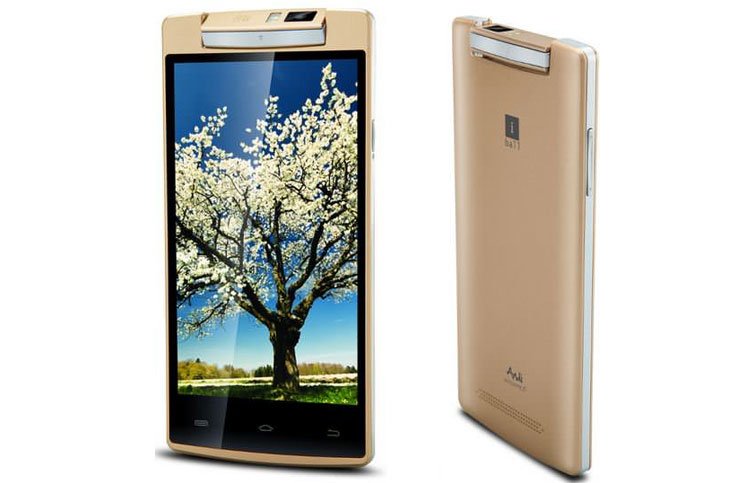 The domestic smartphone manufacturer iBall has launched the company’s first smartphone with a 180-degree rotatable 8-megapixel camera with dual-LED flash dubbed as Avonte 5. The company has priced the smartphone for Rs 5,999.

Speaking about the device, Sandeep Parasrampuria – Director at iBall said, “iBall Avonte5 with its 180 degree rotating camera, rich looks and superb features will surely be the best smart phone under Rs 6000 in the Indian market.”

The iBall Avonte 5features a 5-inch display with 480×854 pixels resolution. The dual SIM smartphone runs on Android 4.4 KitKat operating system. The smartphone is powered by a 1.3GHz quad-core processor coupled with 1GB of RAM. The internal storage of the device stands at 8GB which can be expanded further using a microSD card. The iBall Avonte 5 comes equipped with a 180-degree rotatable 8-megapixel camera with dual-LED flash for capturing perfect selfies.

Along with this, the smartphone has read and write support and 9 Regional system languages which provides all menus and system information in these languages that includes, Hindi, Marathi, Gujarati, Bangla, Kannada, Punjabi, Tamil, Telugu and Malayalam.