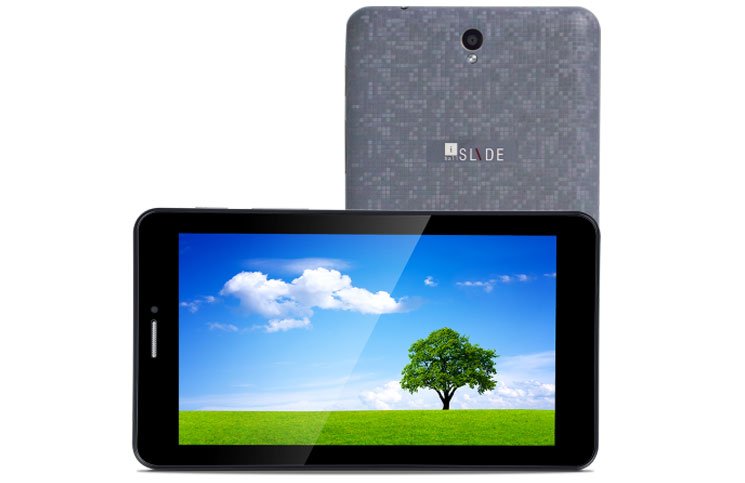 The Indian smartphone manufacturer iBall has added another product to its kitty with the launch of Slide 6351-Q400i tablet. The company has priced the tablet for Rs 5,499, but it can be purchased from eBay India at a discounted price of Rs 3,661.

The iBall Slide 6351-Q400i flaunts a 7-inch HD display and runs on Android 4.4 KitKat operating system. Powering the tablet is a 1.3GHz Quad-Core ARM Cortex A7 processor paired with 1GB of RAM. The internal storage of the smartphone stands at 8GB, which can be expanded up to 32GB using a microSD card.

The iBall Slide 6351-Q400i sports a 2-megapixel rear camera with LED flash and a front-facing camera for video chats. The connectivity attributes of the device include Wi-Fi, Bluetooth, Micro-USB, GPS, USB OTG and packs in a 2,500 mAh battery. However, the tablet misses out on voice calling as well as 3G connectivity.

Sahiba Sethhttp://www.gadgetbridge.com
Sahiba Seth is a student, pursuing English (Hon) from Delhi University. She has been a trainer of HYTSE (Helping Youngsters To Speak English) in her school. She loves to interact with people and she is crazy about gadgets like mobiles and cameras. She likes to read and search about gadgets, and their features. She loves to stay in tune with the happenings of Hollywood and Bollywood. Also, she is passionate about reading novels and creative arts.
Facebook
Twitter
WhatsApp
Linkedin
ReddIt
Email
Previous article
Lava launches Fuel F1 Mini Android smartphone for Rs 4,399
Next article
Micromax launches Canvas Fire 4G at Rs 6,999