HomeMobilesInfinix Note 10 and Note 10 Pro confirmed to launch in India...

Both the phones have also been listed on Flipkart 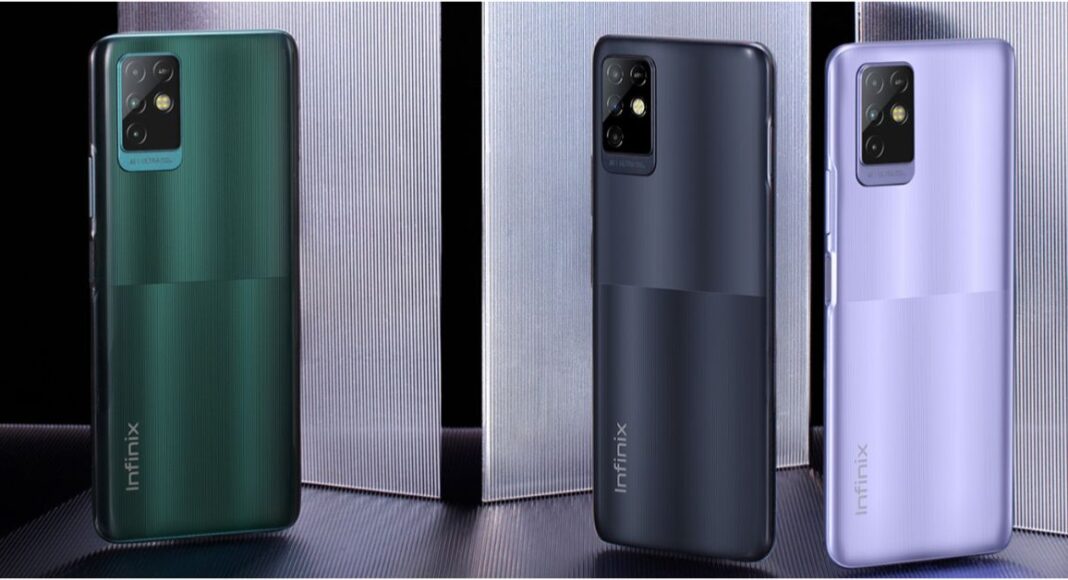 The Hong Kong-based smartphone company Infinix Mobile has announced to launch its latest smartphones in the Indian market. The company has confirmed to launch Infinix Note 10 and Note 10 Pro in the Indian market on June 7. To recall both the devices were introduced globally last month. Both the phones come with an FHD+ LCD display with 90Hz refresh rate support. The smartphones are powered by a MediaTek processor and feature a triple rear camera set up.

The Chinese smartphone company Infinix Mobile announced via Twitter that on June 7 in India it will be launching Infinix Note 10 and Note 10 Pro. The company has also shared a teaser on the microblogging website. In addition to this, the devices have also been listed on Flipkart to tease their availability. However, the company has not hinted at the pricing but the phones will be priced under Rs 20,000 price segment.

To recall Infinix Note 10 was launched globally last month with a price tag of $200 that translates to Rs 14,713 and the price of the Note 10 Pro was made available at  $260 that comes around Rs 19,127. The vanilla Note 10 comes in three colour options of Black, Emerald Green, and Purple whereas the Pro model was introduced in Black, Nordic Secret, and Purple colour options.

While on the contrary Infinix Note 10 Pro features a  quad rear camera setup that includes a 64-megapixel primary sensor with a 1/1.7 aperture. Further assisted by an 8-megapixel ultra-wide lens with 120-degrees of FoV, a 2-megapixel depth sensor, and a 2-megapixel monochrome lens. Upfront there is a 16-megapixel camera sensor for taking selfies.

Komila Singhhttp://www.gadgetbridge.com
Komila is one of the most spirited tech writers at Gadget Bridge. Always up for a new challenge, she is an expert at dissecting technology and getting to its core. She loves to tinker with new mobile phones, tablets and headphones.
Facebook
Twitter
WhatsApp
Linkedin
ReddIt
Email
Previous articleHonor Band 6 with 10 sports mode and over 100 watch faces gets listed on Flipkart: Will launch soon
Next articleTwitter Verification Application Process resumes: Here is how to get verified on Twitter