Redmi Note 9 with quad cameras and MediaTek Helio G85 processor to launch in India today: How to watch the Livestream 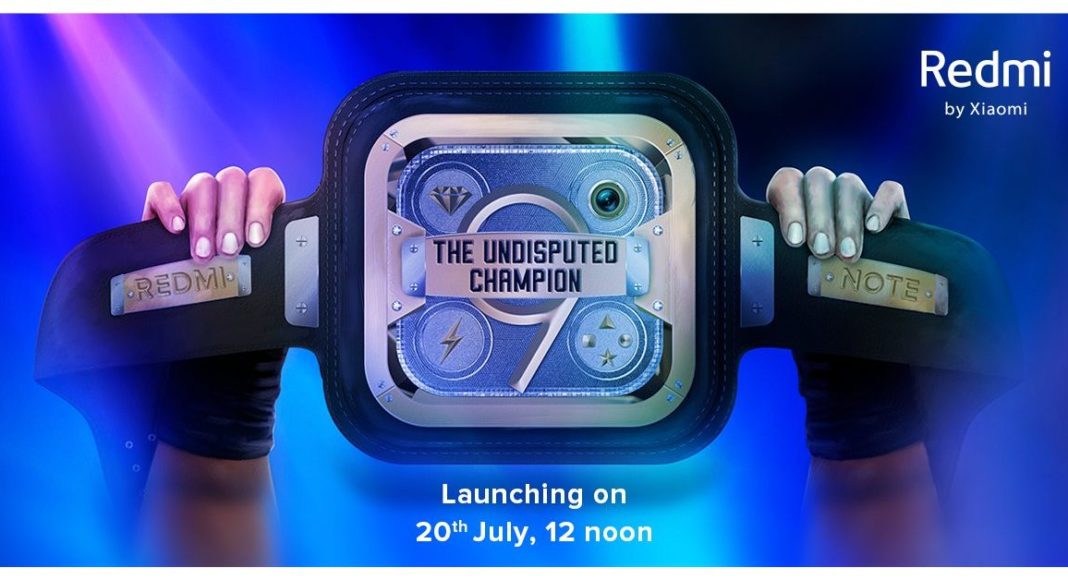 Redmi Note 9 is going to launch today in India at 12 noon onwards. The company will be hosting an online launch event that will be live-streamed across all its social media channels via the company’s official YouTube channel. And, for your convenience, we have embedded the link below. The company has been teasing the arrival of Redmi Note 9 for quite a long time now. For this, the company has also created a microsite that highlights the key specifications of the device.

As far as the pricing of the Redmi Note 9 is concerned the device is expected to carry a similar price tag as of the global variant. To recall the company launched two models of the vanilla model that made it to the shelves 3GB RAM with 64GB storage option comes at $199 that translates to Rs 15,100 whereas the 4GB RAM with 128GB storage has been priced at $249 that translates to Rs 18,900. But reports suggest that here in India, we are going to get a 6GB model as in place of a 3GB variant. The device was launched in three colour options Forest Green, Polar White and Midnight Grey.  However, we will bring the final price once the device gets launched in India. Stay tuned!

Redmi Note 9 has a MediaTek Helio G85 processor paired with up to 4GB of RAM and 128GB of storage that can be expanded up to 128GB using a microSD card. It runs on MIUI custom skin on top of Android 10 OS. There is a 6.53-inch FHD+ Dot display with Corning Gorilla Glass 5 protection. The device boasts a 5,020mAh battery with an 18W fast charger inside the box and 22.5W fast charging support. It has support for a rear-mounted fingerprint sensor for security.

Komila Singhhttp://www.gadgetbridge.com
Komila is one of the most spirited tech writers at Gadget Bridge. Always up for a new challenge, she is an expert at dissecting technology and getting to its core. She loves to tinker with new mobile phones, tablets and headphones.
Facebook
Twitter
WhatsApp
Linkedin
ReddIt
Email
Previous article
July 20 Amazon Quiz: Participate and win Rs 50,000 Amazon Pay Balance
Next article
Whirlpool fully automatic top load washing machines with built-in water heater launched in India