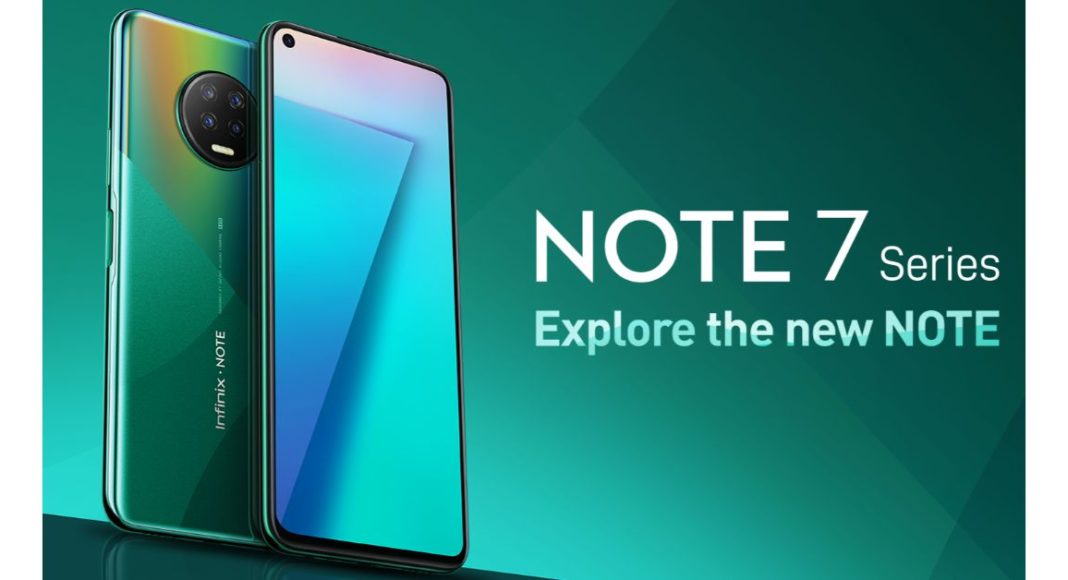 The Transsion Holdings group has announced the launch of two new smartphones in the market. The company has unveiled two devices from its Note series namely  Infinix Note 7 and Infinix Note 7 Lite. The company has also listed the device on its official website however there is no word from the company on the part of pricing. Initially, both phones will be available in the Kenyan market. The key highlights of the devices include a quad rear camera set up, A punch-hole display and a long-lasting battery life.

Infinix Note 7 features a 6.95-inch HD+ IPS LCD Infinity-O display offering 720 x 1,640 pixels of resolution with a 20.5:9 aspect ratio along with a hole punch to house a selfie camera. Under the hood, there is an octa-core MediaTek Helio G70 processor, which is paired with 6GB of RAM and 128GB of internal storage which can be expanded using a microSD card. It runs on XOS 6.0 UI baked on top of Android 10 OS. Moreover, it houses a side-mounted fingerprint scanner and a 5,000mAh battery supported by an 18W fast charger. 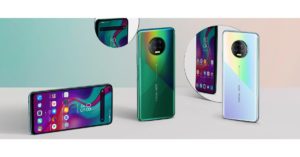 Moving on to the camera, the Infinix Note 7 sports a quad rear camera set up that includes a 48-megapixel primary camera with f/1.79 aperture, a 2megapixel macro camera, a 2megapixel depth sensor, and a low-light video camera. While on the front there is a 16megapixel selfie snapper on the display at the top left corner.

The Infinix Note 7 Lite comes with a smaller 6.6-inch HD+ IPS LCD Infinity-O display offering 720 x 1,640 pixels of resolution with a 20:9 aspect ratio and a 90.5 per cent screen-to-body ratio. It is powered by a MediaTek Helio P22 processor paired with 4GB of RAM and 128GB of expandable storage. It runs on XOS 6.0 UI based on top of Android 10 OS. Similar to Note 7 this device also houses a large 5,000mAh battery supported by 10W of charging. The company claims that the battery would last up to 4 days on a single charge.

In terms of camera capabilities, the device features a quad-camera set up just like its older sibling. The selfie camera is just the same as the one on Note 7.

Komila Singhhttp://www.gadgetbridge.com
Komila is one of the most spirited tech writers at Gadget Bridge. Always up for a new challenge, she is an expert at dissecting technology and getting to its core. She loves to tinker with new mobile phones, tablets and headphones.
Facebook
Twitter
WhatsApp
Linkedin
ReddIt
Email
Previous article
April 6 Amazon Quiz: Answer all the questions to win Rs 15,000 Amazon Pay Balance
Next article
Quick tips: Know how to disable Microsoft Teams from launching automatically