The company has launched the phone in the Indonesian market 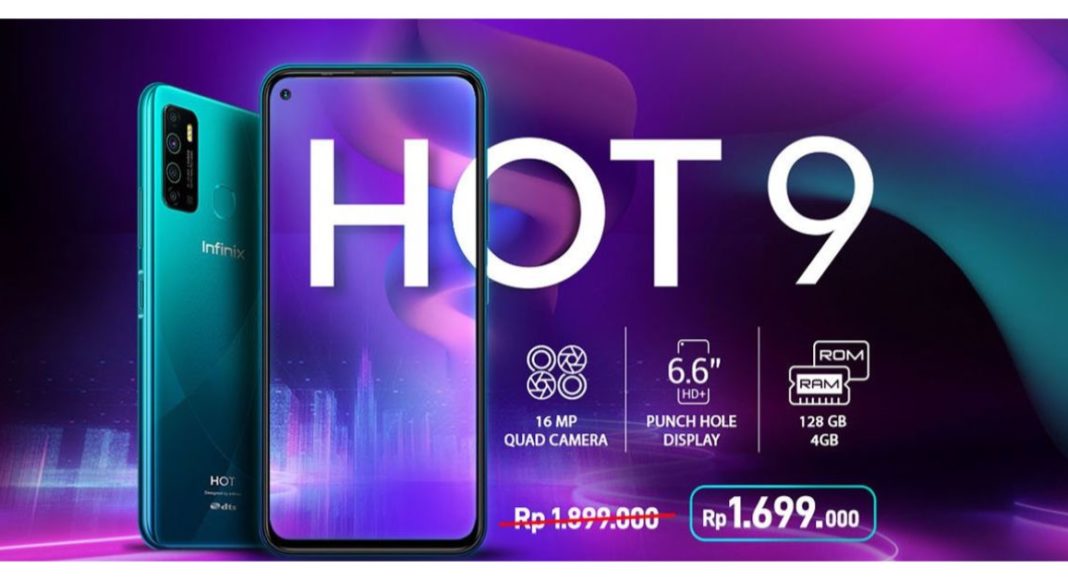 Infinix Hot 9 smartphone has been officially launched. The company has launched the device in the Indonesian market before any other market. The device is the successor of Infinix Hot 8 that was launched last year. The key specifications of the smartphone include a triple rear camera set up, a 6.6-inch hole punch design display and a 5000mAh battery for longer battery life.

The Chinese company has launched Infinix Hot 9 in Indonesia in a single variant of 4 GB of RAM and 128 GB of built-in storage. It has been introduced with a price tag of Rp 1,699,000 that translates to Rs, 7,863 as per Indian currency. The device will be available in four colour variants of Ocean Wave, Violet, Quetzal Cyan and Midnight Black. There is no word from the company when the other markets will be receiving Infinix Hot 9.

Infinix Hot 9 comes with a 6.6-inch HD+ IPS LCD display panel with a hole-punch display. Under the hood, there is an octa-core MediaTek Helio P35 processor with PowerVR GE8320 GPU for graphics combined with 4GB RAM and 128GB storage. The smartphone runs on Android 10-based XOS 6.0.

The device comes with a polycarbonate material built rear panel that sports a rear-mounted fingerprint sensor along with a vertically placed camera module. The device features a quad rear camera setup that includes a 16-megapixel primary sensor with f/1.8 aperture. The other sensors on the phone include a 2-megapixel macro lens and a 2-megapixel low light camera sensor. While on the front it comes with an 8-megapixel selfie shooter.

Komila Singhhttp://www.gadgetbridge.com
Komila is one of the most spirited tech writers at Gadget Bridge. Always up for a new challenge, she is an expert at dissecting technology and getting to its core. She loves to tinker with new mobile phones, tablets and headphones.
Facebook
Twitter
WhatsApp
Linkedin
ReddIt
Email
Previous article
WHO launched a dedicated bot for WhatsApp to put a stop to fake coronavirus news and rumours: How to get access to WHO bot
Next article
Redmi K30 Pro and Redmi K30 Pro Zoom Edition launched with a circular quad-camera module and pop up selfie camera: Details