It comes with a triple rear camera set up and 4,000mAh battery 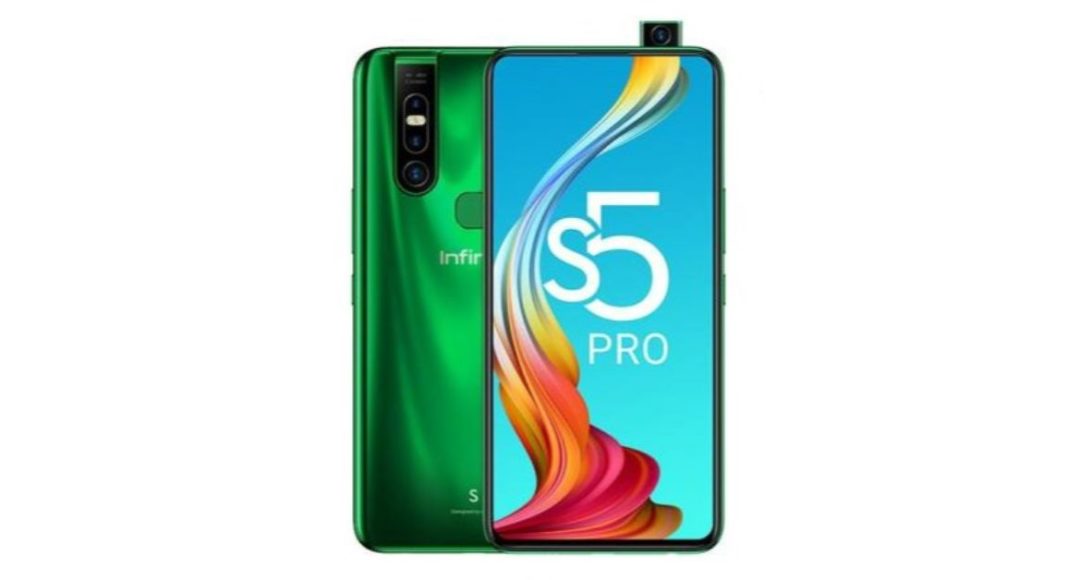 The Transsion Holdings group has today announced the launch of a new budget smartphone in India. The company today launched Infinix S5 Pro in the country. The biggest selling point of the device is its motorized selfie camera. At this price range, no other brand in the country has offered a smartphone with a pop-up selfie camera. Additionally, it dons an all-glass body. Yes, the handset comes with a 3D glass finish rear panel. It also includes a triple rear camera setup with a 48-megapixel primary camera sensor.

The company launched Infinix S5 Pro in the country in a single variant of 4GB of RAM and 64GB storage. The device will be available at Rs 9,999 via the e-commerce platform Flipkart. The handset will go on its first sale on March 13 at 12 noon onwards. The smartphone comes in two colour options Forest Green and Violet.

Under the hood, there is a 2.3 GHz octa-core MediaTek Helio P35 processor with 4GB of RAM and 64GB of storage which can be further extended to 256GB using a microSD card. Besides this, it features a fingerprint sensor and Face Unlock. It comes equipped with a 4,000 mAh battery.

In terms of imaging, Infinix S5 Pro features three cameras on the back panel. The set up consists of a 48-megapixel primary camera with f/1.79 aperture, a 2-megapixel depth lens and a dedicated low-light sensor. The set up supports Auto Scene Detection and 3D Body Shaping feature among others. While on the front there is a 16-megapixel pop-up selfie camera with  f/2.0 aperture that gets auto-retracted in case the phone drops. The company claims that it can be opened 50 times a day for more than 8 years.

Komila Singhhttp://www.gadgetbridge.com
Komila is one of the most spirited tech writers at Gadget Bridge. Always up for a new challenge, she is an expert at dissecting technology and getting to its core. She loves to tinker with new mobile phones, tablets and headphones.
Facebook
Twitter
WhatsApp
Linkedin
ReddIt
Email
Previous article
Oppo Find X2 and Find X2 Pro launched with 120Hz display: Details
Next article
Coronavirus prevention tips: Your smartphone is filthier than a toilet seat, learn how to disinfect it