The device will be offered in two RAM and storage variants 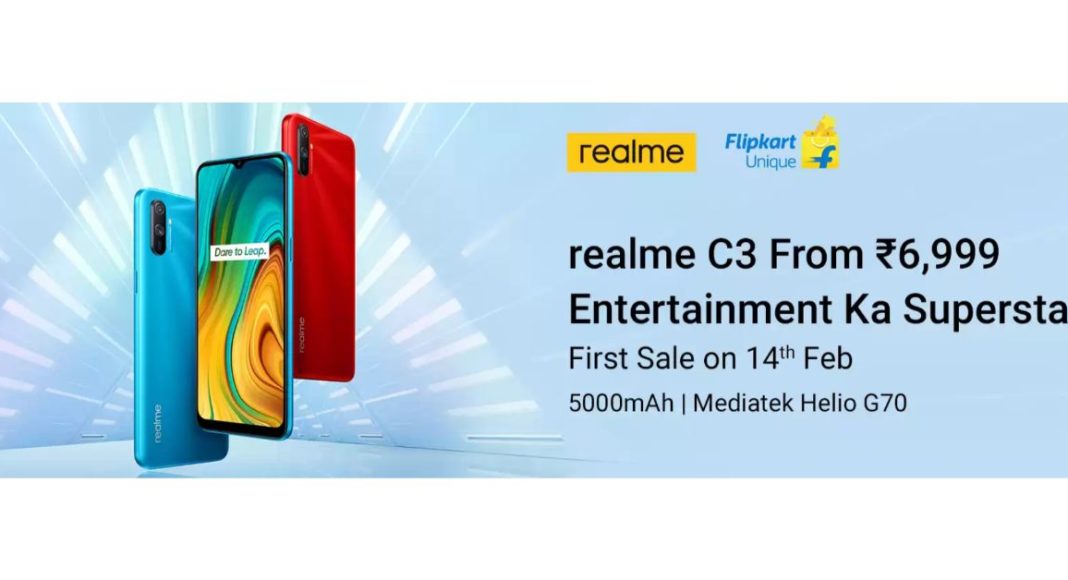 Chinese smartphone manufacturers today launched its budget smartphone in India. The company introduced Realme C3 in the country that comes with a starting price of Rs 6,999. The smartphone is the success of Realme C2 which was launched in the Indian market last year. The key highlights of the device include MediaTek Helio G70 SoC processor, a 5000mAh battery and a 6.5-inch display along with a waterdrop notch.

Realme C3 runs on the latest Realme UI that is based on Android 10 and ColorOS 7. The device features a  6.5-inch mini drop full-screen display and a waterdrop notch. Under the hood, there is the world’s first MediaTek Helio G70 SoC processor coupled with 3GB RAM with 32GB internal storage and 4GB RAM with 64GB internal storage. It is provided with a micoSD sim slot to expand the memory up to 256GB.

Moving ahead Realme C3 comes with a dual camera set up consisting of a  12-megapixel main sensor with f/1.8 aperture and a 2-megapixel secondary camera with f/2.4 aperture. The camera set up supports HDR mode, Nightscape, Chroma Boost, Slow motion, PDAF, Portrait mode among others. On the front, there is a 5-megapixel selfie camera supported by camera modes such as HDR, AI Beautification, panoramic selfie and time-lapse. 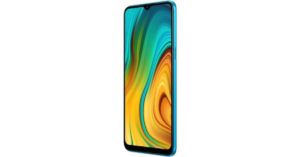 In addition to this, the newly launched Realme smartphone houses a 5,000mAh battery with a reverse charging facility, a 30-day standby 43.9 hours of talk time, 10.6 hours of PUBG gaming and 20.8 hours of video playback. For the connectivity, there is  2.4GHz Wi-Fi, USB OTG, Micro USB port, VoLTE, Bluetooth 5 among others. The sensors on the phone include a magnetic induction sensor, light sensor and accelerometer proximity sensor, gyro-meter.

Realme C3 will be available in two RAM and storage variants of 3GB RAM with 32GB internal storage and 4GB RAM with 64GB internal storage. The former comes with a price tag of Rs  6,999 whereas the latter can be picked at Rs 7,999. The device comes in two colour options of Blazing Red and Frozen Blue colour. It will be purchased via the e-commerce platform Flipkart as well as realme.com from February 14. The sale will begin at 12 noon onwards.

The launch offers include Rs 1000 off on the exchange of old mobile phones along with Jio benefits worth Rs 7,550 on the purchase of Realme C3. The launch offers will be available via both platforms.

Komila Singhhttp://www.gadgetbridge.com
Komila is one of the most spirited tech writers at Gadget Bridge. Always up for a new challenge, she is an expert at dissecting technology and getting to its core. She loves to tinker with new mobile phones, tablets and headphones.
Facebook
Twitter
WhatsApp
Linkedin
ReddIt
Email
Previous article
Samsung Galaxy Buds+ specifications leaked online
Next article
Compare: Realme C3 Vs Realme C2 Vs Redmi 8A