Realme C3 all set to launch in India today: Everything you need to know about it 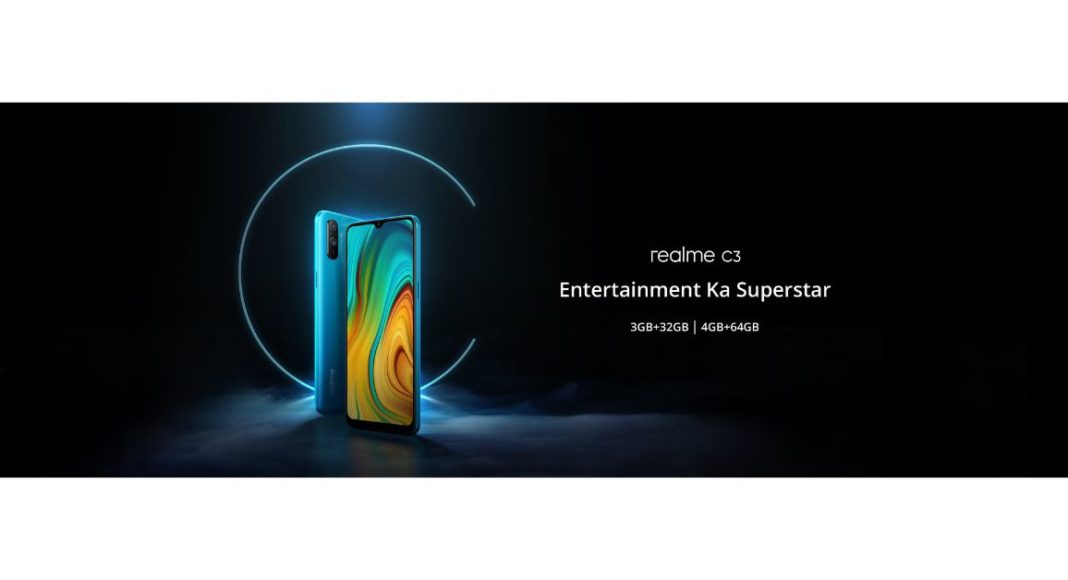 The Chinese smartphone maker Realme is all set to launch another smartphone in India. Today the company is going to launch Realme C3 in the Indian market which is another new addition to the company’s C series smartphones. According to some reports, the smartphone is going to fall under the budget segment.  The latest entry is going to come pre-installed with Realme UI along with MediaTek Helio G70 chipset. Read on to know more about the Smartphone’s specifications and expected pricing.

Realme C3 expected pricing and how to watch the live streaming

Realme C3 is going to launch today in India. The company will be hosting a press event in New Delhi to launch its upcoming smartphone in the country from 12:30 noon onwards. The launch event will also be live-streamed on all the Realme’s social media channels including YouTube.

In the past, we saw that the company launched Realme C3’s predecessor Realme C2 in two variants 2GB RAM at Rs 5,999 and the 3GB RAM variant at Rs 7,999. So it is expected that Realme C3 pricing is going to fall under this price range. Also, Flipkart will be its official online partner as e-commerce is teasing the smartphone for some time now.

Now we already know that Realme C3 is being teased on e-commerce platform Flipkart as well as the company’s official website Realme.com. According to them, the smartphone is going to be offered in two RAM and storage variants that are 3GB RAM with 32Gb of storage and 4GB RAM with 64GB of storage options. It will be featuring a 6.5-inch display with Corning Gorilla Glass protection,  89.8 percent screen-to-body ratio along with a waterdrop notch at the center.

The device packs a battery with a capacity of 5000mAh that is touted to offer almost two days of call time, 10.6 hours of PUBG gaming and 20.8 hours of YouTube streaming. It will run on Realme UI  which is likely to be based on Android 10 out of the box. According to the teaser Realme C3 will be powered by MediaTek Helio G70 chipset paired with up to 4GB of RAM and up to 64GB of internal storage option.

Moving ahead, Realme C3 is going to include a dual rear camera set up that employs a 12-megapixel primary camera and a 2-megapixel depth sensor. The set up is supported by Chroma Boost, Slow-motion Video and HDR Mode. However, the company has not shared information about the front camera but it will be supporting panorama selfies.

Komila Singhhttp://www.gadgetbridge.com
Komila is one of the most spirited tech writers at Gadget Bridge. Always up for a new challenge, she is an expert at dissecting technology and getting to its core. She loves to tinker with new mobile phones, tablets and headphones.
Facebook
Twitter
WhatsApp
Linkedin
ReddIt
Email
Previous article
Due to a technical issue, some of the Google Photos app user’s videos were exported to strangers
Next article
Amazon Echo Show 8 with 8-inch HD-resolution touch display launched in India