HomeComputersIntel has previewed its new 10nm ‘Ice Lake’ CPU for Ultrabooks and... 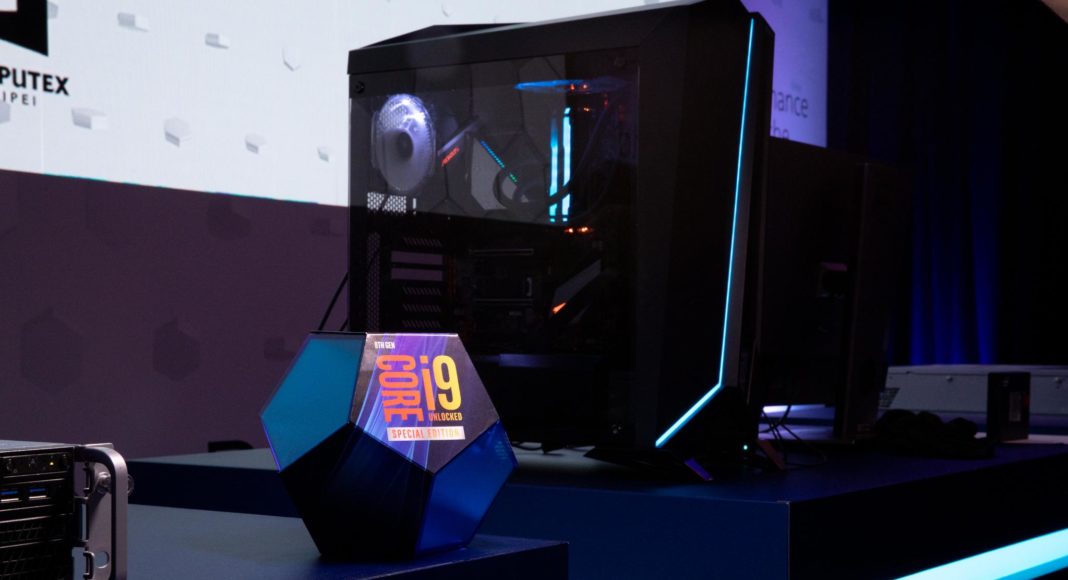 Ahead of the upcoming Computex 2019, Intel previewed its new 10nm ‘Ice Lake’ CPUs meant to be used in the Ultrabooks laptops. These Ice Lake CPUs will have integrated Gen11 graphics capabilities. Intel also showed the performance numbers of the CPU and these numbers were better and higher than the current Intel’s Gen9 integrated CPUs and the AMD’s Ryzen 3000 series APUs for laptops. According to Intel, the Gen11 Ice Lake CPUs also support VRS (variable rate shading) which is a DirectX 12 feature that allows games to drop the shading part of frame which doesn’t need it. In addition to this, the Gen11 CPUs will reportedly achieve a 1 Teraflop of computing bandwidth.

The 10nm Ice Lake CPUs also comes with AI performance acceleration using the VNNI (Vector Neural Network Instructions). Intel also said that the AI inference instructions running on Ice Lake CPUs with Gen11 graphics is up to 8.8 times faster than any other comparable CPU. The graphs show that the performance of Ice Lake CPUs is 1.42x and 2.08x across the number of demanding games and benchmark scores running at 1080p. While comparing it to a similar AMD CPU, the numbers vary from 0.94x and 1.16x. These numbers were generated by the company itself in its own labs but the real-world performance of the CPU is not currently known.

Although the Ice Lake CPUs was previewed by Intel and more details of it will be revealed at Computex 2019, but they will launch in the second half of the year. But Intel is also expected to provide the 10nm chips for the thin and light Ultrabooks, while for gaming and other heavy usage laptops, the 14nm chips will be used.

Other than that, the company also announced a new consumer-based CPU – Core i9-9900KS with a base clock speed of 4GHz. But it can also be pushed to 5GHz using the Turbo Boost speed on all cores. The new Core i9-9900K will be able to reach 5GHz but only on two cores, while its all-core Turbo Boost speed is 4.7GHz. Other details about the new Core i9-9900KS chips have been announced by the company and it is not yet confirmed whether it will work within the same 95W TDP as the earlier Core i9-9900K or not. Also, the pricing and the availability of the new chip is currently not known. More details about the new chip will be announced at the Computex 2019.

Aman Singhhttps://www.gadgetbridge.com/
Aman Kumar Singh has a Masters in Journalism and Mass Communication. He is a journalist, a photographer, a writer, a gamer, a movie addict and has a love for reading (everything). It’s his love of reading that has brought him knowledge in various fields including technology and gadgets. Talking about which, he loves to tweak and play with gadgets, new and old. And when he finds time, if he finds time, he can be seen playing video games or taking a new gadget for a test run.
Facebook
Twitter
WhatsApp
Linkedin
ReddIt
Email
Previous articleXiaomi Black Shark 2 to launch in India today: How to watch the live stream
Next articleAMD’s 3rd gen Ryzen 3900X with a boost clock speed of 4.9GHz launched at Computex 2019

Vipul Chandwani - Oct 11, 2021 0
YouTube allows users with an option to download a video natively from the application. But there are many creators who have made their video...