OnePlus hasn't released an update to fix this. 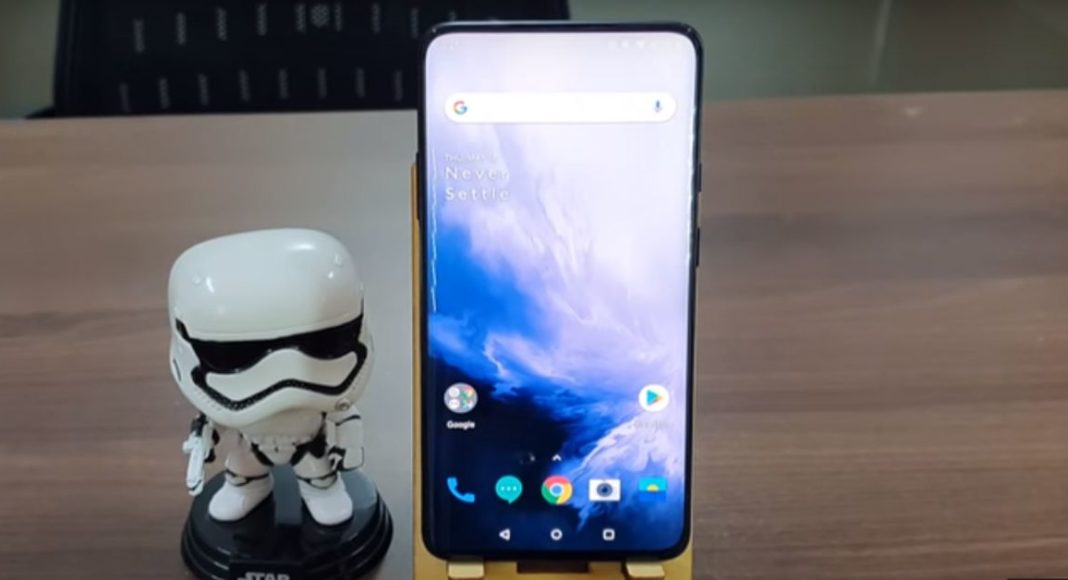 OnePlus 7 Pro has become one of the best smartphones launched in 2019. It competes against premium handsets like Samsung Galaxy S10, iPhone XS and the Huawei P30 Pro. However, it is much lesser in price. It also comes with many new features which are specific only to the OnePlus 7 Pro, along with many other features. The company has put its first pop-up selfie camera, triple rear camera and a 90Hz display in the OnePlus 7 Pro. But no matter how advanced and premium it may be, it also comes with its own fair share of problems. Some early buyers of the smartphone are reporting phantom screen presses. This means that the apps are being open automatically and behave as if something on the screen has been tapped even when the user isn’t interacting with it.

According to the Android Police, the company is already aware of this problem of OnePlus 7 Pro and it says that it is treating it as a high priority. The company is working on the fix of this problem after successfully being able to reproduce the problem. But it is not known if the phantom presses are a hardware issue or a software issue of the OnePlus 7 Pro. If it is a software issue then it can be definitely fixed with an update, but if it’s a hardware issue then very little can be done about it.

The users of the OnePlus 7 Pro took to the official OnePlus forum to report the problem. According to the users, the OnePlus 7 Pro’s phantom presses are seen on apps such as CPU-Z. But other system applications such as Messages, Contacts and many other applications are also suffering by the phantom taps and it is proving to be irritating for the users. Since it is not one particular app that is receiving these phantom taps, the issue can’t be blamed on any specific application as well.

It should be noted that this problem on the OnePlus 7 Pro doesn’t seem to be universal. Although the company hasn’t as yet released a software update with the fix for this problem, it may release an update in the coming days.

Aman Singhhttps://www.gadgetbridge.com/
Aman Kumar Singh has a Masters in Journalism and Mass Communication. He is a journalist, a photographer, a writer, a gamer, a movie addict and has a love for reading (everything). It’s his love of reading that has brought him knowledge in various fields including technology and gadgets. Talking about which, he loves to tweak and play with gadgets, new and old. And when he finds time, if he finds time, he can be seen playing video games or taking a new gadget for a test run.
Facebook
Twitter
WhatsApp
Linkedin
ReddIt
Email
Previous article
Huawei banned by SD Association, the company’s future smartphones would not support microSD and SD cards
Next article
Snap signs licensing deals with top record labels to get songs on Snapchat