Valve has got its Steam Link app to App Store for iOS users. 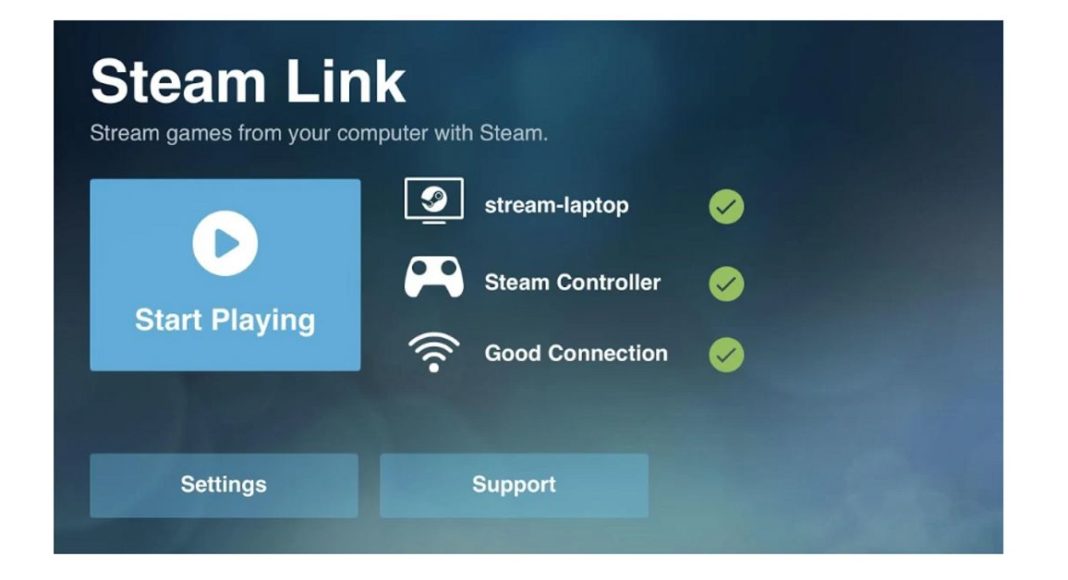 Valve has rolled out its Steam Link application to mobile devices. The application allows the PC users to stream their games from their own PC to an Apple TV, iPhone or iPad. The app was rejected from the by Apple for over a year but now, it has been added to the App Store. The Steam Link app allows the users to play their Steam games on Apple devices. To play the games, the players would need to have a high-speed local Wi-Fi network and a powerful PC.

It should be noted that Valve had announced the launch of the application for Android and iOS on May 9 last year. The application made its way to the Apple’s App Store after the approval process but it was removed the next day. Post that, Valve released a statement which stated that Apple’s review team had missed a business conflict and thus the app was removed. The application would have allowed the users to purchase the games through Steam but it was against what Apple wants its partners to do. Apple has always been strict about its rules because it places the security of its users’ data on a very high priority.

After facing rejection, Apple had said that it was working with Valve on the application and its transaction processes. And now, a year later, the application has finally made its way to the Apple App Store. It can be downloaded to iPhones, iPads, iPod touch and the Apple TV. But it should be noted that the latest application of Valve doesn’t let the users purchase games from Steam. The application is currently available on the App Store for free.

The application would work on iPhones or iPads running iOS 11 or later, on Windows or Linux based PC or Mac. The users can use the Steam controllers or Bluetooth Keyboards and mice to play the games. According to Valve, the players can play games at 1080p at 60fps but it can be increased to 4K and 60fps if a powerful PC is used. To play the games, the players would need a 5Hz Wi-Fi network and it can be played at a local network, in home or office.

Aman Singhhttps://www.gadgetbridge.com/
Aman Kumar Singh has a Masters in Journalism and Mass Communication. He is a journalist, a photographer, a writer, a gamer, a movie addict and has a love for reading (everything). It’s his love of reading that has brought him knowledge in various fields including technology and gadgets. Talking about which, he loves to tweak and play with gadgets, new and old. And when he finds time, if he finds time, he can be seen playing video games or taking a new gadget for a test run.
Facebook
Twitter
WhatsApp
Linkedin
ReddIt
Email
Previous article
Asus Zenfone 6 with rotating camera launched: Price and specifications
Next article
OnePlus 7 Pro goes on sale in India: Price, availability and launch offers