HomeOther TechGamingMSI GT76 Titan with Core i9 CPU overclock-able up to 5GHz and...

MSI GT76 Titan with Core i9 CPU overclock-able up to 5GHz and NVIDIA GeForce RTX 2080 launched: Price and specifications 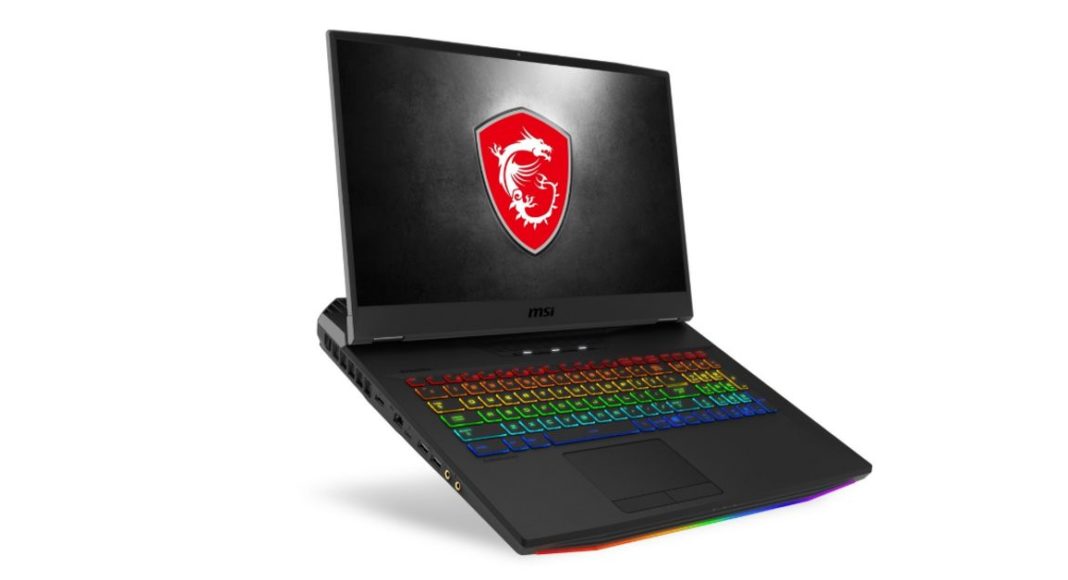 After Intel announced its new and most powerful PC CPU till date – the Core I9 –  it was speculated that it will be used mostly in the desktops. However, MSI has announced a new laptop named the MSI GT76 Titan which is powered by an unlocked, desktop-class Core i9 CPU into its laptop sized frame.

The new the MSI GT76 Titan, according to the company, packs the ninth generation ‘full desktop’ unlocked Intel Core i9 CPU into its chassis. The company also said that the high-end model of the MSI GT76 Titan will pack an 8-core, 16-thread configuration which can be overclocked up to 5GHz. But to pack that much overclocking, speed and power, the laptop would need a world-class cooling system or it wouldn’t end well for the MSI GT76 Titan.

The MSI GT76 Titan would be competing against the Alienware Area 51M gaming laptop. The Area 51M gaming laptop from Alienware comes with a socketed Core i9-9900K. And in a way, the MSI GT76 Titan might be the same in CPU and processing power. But it is clear that these laptops are a gaming desktop replacement and although they might not be easy to carry, they are still portable and a hybrid.

Talking about the design aspect of the new laptop, the MSI GT76 Titan comes with a car-inspired design as it has put lighting on the underside of the chassis. There is also full RGB backlit keyboard on the new laptop. Currently the launch date and the pricing of the new laptop hasn’t been revealed by the company but it will soon be announced. Considering the specifications of the new MSI GT76 Titan, the price no doubt will be on the premium high-end side.

Aman Singhhttps://www.gadgetbridge.com/
Aman Kumar Singh has a Masters in Journalism and Mass Communication. He is a journalist, a photographer, a writer, a gamer, a movie addict and has a love for reading (everything). It’s his love of reading that has brought him knowledge in various fields including technology and gadgets. Talking about which, he loves to tweak and play with gadgets, new and old. And when he finds time, if he finds time, he can be seen playing video games or taking a new gadget for a test run.
Facebook
Twitter
WhatsApp
Linkedin
ReddIt
Email
Previous articleFortnite v9.10 update brings Hot Spots, new limited time mode, new skins, a new character and much more
Next articleOnePlus 7 Pro does not support 3x optical zoom via its telephoto lens: Report