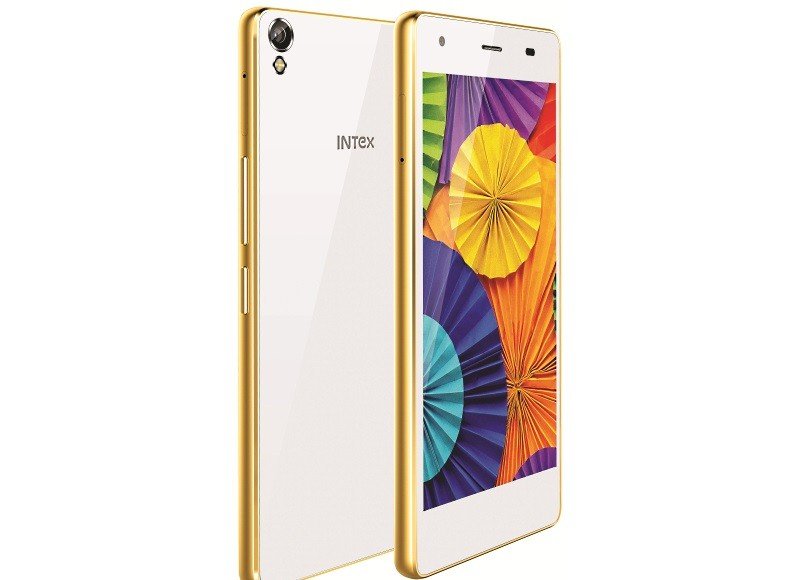 The domestic mobile phone maker Intex has expanded its Aqua series with the launch of ‘Aqua Ace’. The Intex Aqua Ace will be available in black and white colours. It measures 145×71.5×6.7mm and weighs 121.5 grams.The device is listed on the company website with a price tag of Rs 12,999.

Talking about the device, Sanjay Kumar Kalirona, Mobile Business Head, Intex Technologies said, “Intex has been consistently raising the bar for the industry and with Aqua Ace, we have once again taken a leap to the next level with 3GB RAM, double gorilla glass and a massive memory capacity of up to 128GB. The Aqua Ace combines the best of everything-sleek looks, sturdy nature, and a breath-taking performance which clearly makes it the best smartphone in sub Rs 15,000 segment.”

The mobile phone features a 5-inch Super AMOLED display with an HD screen resolution of 720×1280 pixels. The device runs on Android 5.1 Lollipop operating system and is powered by a 1.3GHz Quad-Core MediaTek MT6735 processor. The dual SIM smartphone offers 3GB of RAM and 16GB of internal storage which can be expanded up to 128GB using a microSD card.

The 4G-enabled Aqua Ace smartphone sports a 13-megapixel rear camera with Samsung sensor and LED flash. There is a 5-megapixel front-facing camera also on board. The smartphone packs in a 2,300mAh battery and offers 4G LTE, 3G, Wi-Fi, Bluetooth and GPS as connectivity options.

The company is also offering bundled a 1-year screen breakage warranty alongside a complementary bag pack and a sensor-based flip cover free with the smartphone.

Sahiba Sethhttp://www.gadgetbridge.com
Sahiba Seth is a student, pursuing English (Hon) from Delhi University. She has been a trainer of HYTSE (Helping Youngsters To Speak English) in her school. She loves to interact with people and she is crazy about gadgets like mobiles and cameras. She likes to read and search about gadgets, and their features. She loves to stay in tune with the happenings of Hollywood and Bollywood. Also, she is passionate about reading novels and creative arts.
Facebook
Twitter
WhatsApp
Linkedin
ReddIt
Email
Previous article
Google launches LG Nexus 5X with Android Marshmallow, hexa core SoC and 5.2-inch display
Next article
Intel is going big with the next gen of Core CPU’s, we caught up with Anand Ramamoorthy from Intel to know more