iOS 13 is out, check out the new features 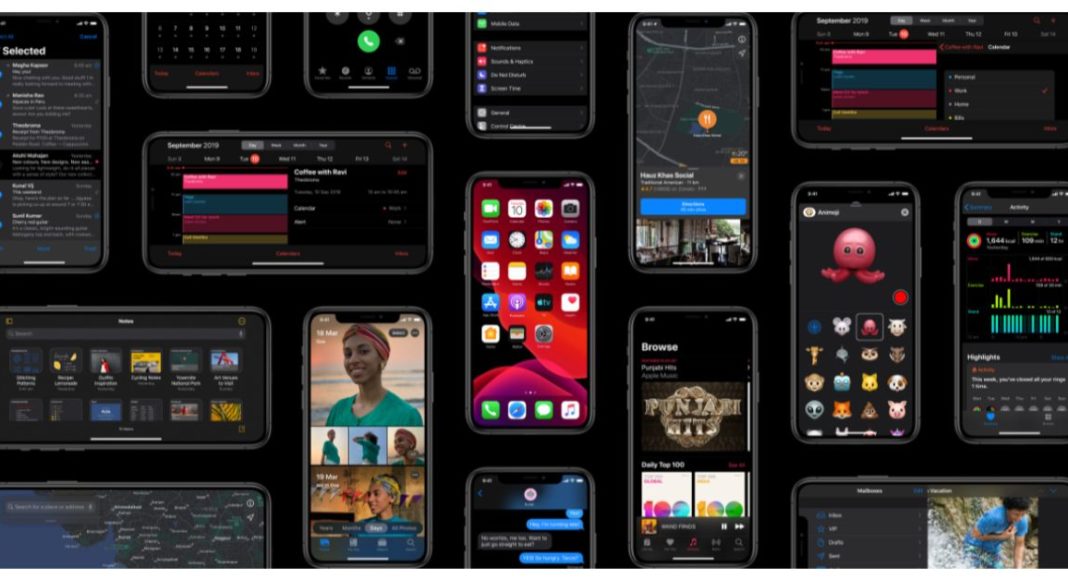 After launching the iPhone 11 a few days ago, the next biggest thing by Apple is its iOS 13 release. First introduced at WWDC in June this year the Apple mobile operating system iOS 13 is now out for the iPhone and iPod Touch. The new OS will not be released for the iPad users for the first time instead the company has separately announced iPadOS as the new operating system for iPads.

Today we will talk about Apple’s biggest software rollout of the iOS 13 which is available globally. So below we have Jotted down a list of iPhones as well as iPod devices that are compatible to receive the iOS 13 operating system.

Here we would like to mention that all the newly launched iPhone 11 series will come preinstalled with iOS 13. Now coming on the features of the newly launched Apple’s iOS 13, the new operating system comes with some well-designed features that now allows the user to add people to folders in notes, low data mode as well as silence unknown callers. The new update brings Dark mode, quicker Face ID, the Apple Arcade features advanced image editing skills.

The new Dark Mode features have given a new look to the device it turns the prominent light background across the older iOS dark. It also lets you switch the dark mode at a particular period od of the day by scheduling it from sunset to sunrise or either you can customise it as per your preference. Apart from that Mail, Messages, Safari, Photos, Files, Health, App Store, Music, Reminders and Notes app have also received the new update. After receiving the new updates, the device has become much faster as well as responsive. Now you can add monochromatic effect to your Portrait mode photos, redesigned editing tools for adjustment or filter. New curated view of your best moments from every day, month and year.

The app download size limit for mobile data has also been removed. Interestingly Apple has added Indian specific features to iOS 13 such as the company Voice assistant service Siri now speaks Indian English which is also available in a typical male and female version.  The Hindi Hinglish Keyboard has also been substituted with Hindi Latin on the new operating system. You also key more Indian regional languages option in the keyboard. Surprisingly it now supports all the 22 official languages of India.

So, to take advantage of the Apple’s new iOS 13 you need to update your devices but firstly we would recommend you to back up your iPhone before updating either via iCloud or via iTunes on your Mac or Window devices.

Komila Singhhttp://www.gadgetbridge.com
Komila is one of the most spirited tech writers at Gadget Bridge. Always up for a new challenge, she is an expert at dissecting technology and getting to its core. She loves to tinker with new mobile phones, tablets and headphones.
Facebook
Twitter
WhatsApp
Linkedin
ReddIt
Email
Previous article
Vivo V17 Pro with 32-megapixel dual elevating selfie cameras to launch today in India
Next article
Vivo V17 Pro with dual elevating front camera launched in India