This feature is available on iPhone 12 and later with iOS 15.4 and later. 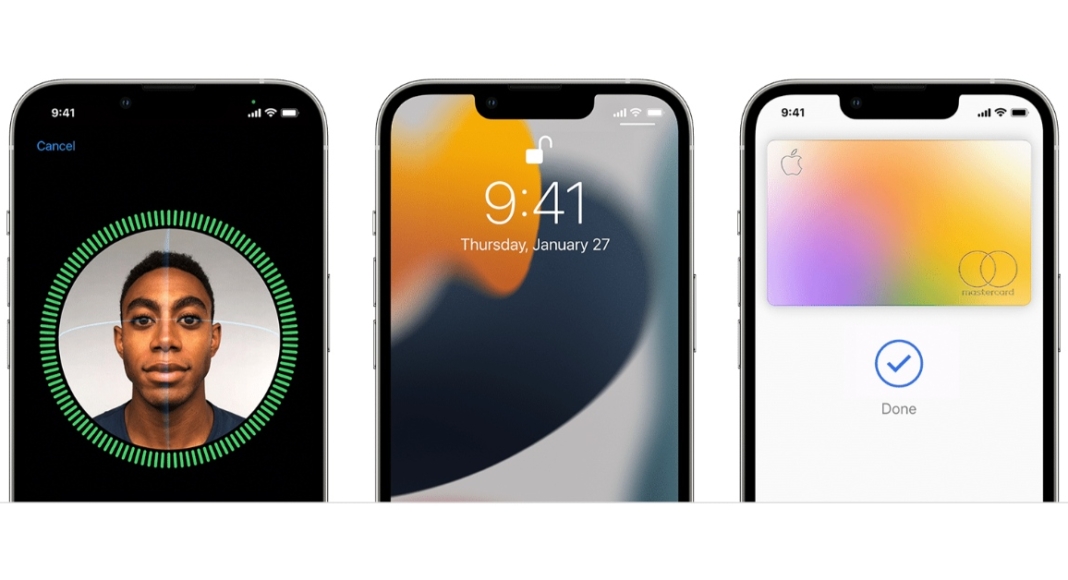 Apple is rolling out the latest software update that brings the much-awaited functionality that allows iPhone owners to unlock their devices while wearing face masks. The feature comes with the new iOS 15.4 version that also brings a slew of new capabilities for current iPhones. This feature is available on iPhone 12 and later with iOS 15.4 and later. Users have been anticipating the ability of facial recognition technology to function with face masks from the beginning of the COVID-19.

Note that the new functionality that allows users to unlock their iPhones using Face ID while wearing masks is limited to iOS 15.4. According to the company the feature is only accessible on all the models of iPhone 12, 12 Mini, 12 Pro, and 12 Pro Max, as well as the iPhone 13, 13 Mini, 13 Pro, and 13 Pro Max.

While announcing the feature Apple said, “If you’re wearing a face mask or potentially other face coverings, Face ID with a mask can analyze the unique characteristics around your eyes. When using Face ID with a mask, you can still use Face ID to authenticate apps, unlock your iPhone, and use Apple Pay. This feature is available on iPhone 12 and later with iOS 15.4 and later.”

The function to utilise Face ID with a mask will be available on the welcome screen once the device has been upgraded. As we mentioned earlier since the beginning of the COVID-19 epidemic in early 2020 the users were expecting the functionality to arrive on their iPhones. Instead, Apple introduced a quicker way of using passcodes to unlock Face ID-equipped devices while the mask is on. Apple also introduced this ability to unlock Face ID using an Apple Watch.

Besides the ability to unlock iPhone while wearing a mask the latest iOS 15.4 update also brings other features like Tap to Pay on iPhone, Universal Control and the functionality to scan text into a file in Notes app and SharePlay integration to FaceTime.

Universal Control: A function that allows users to drag and drop files between an iPad and a Mac.

Other enhancements included in the update include further SharePlay integration, which will allow users to instantly exchange music and other content over FaceTime.

Along with iOS 15.4, Apple is releasing iPadOS 15.4 and macOS Monterey 12.3. The latest software updates include Universal Control, which allows users to control both the iPad and the Mac with a single keyboard and mouse.

Komila Singhhttp://www.gadgetbridge.com
Komila is one of the most spirited tech writers at Gadget Bridge. Always up for a new challenge, she is an expert at dissecting technology and getting to its core. She loves to tinker with new mobile phones, tablets and headphones.
Facebook
Twitter
WhatsApp
Linkedin
ReddIt
Email
Previous article
Oppo K10 India launch is likely to take place shortly, teaser released
Next article
How to use Face ID to unlock iPhone while wearing a mask? A complete step by step guide