All the smartphones are expected to be powered by Snapdragon 8 Gen 1 SoC. 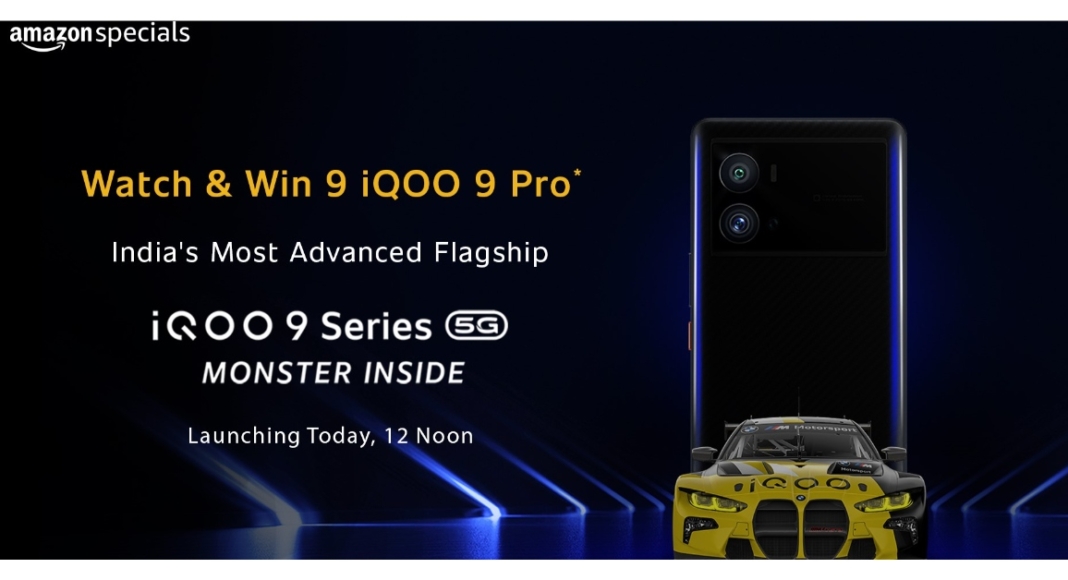 Last month, the iQoo 9 and iQoo 9 Pro were unveiled at an event in China. Both the new smartphones are set to make their debut in the Indian market today. The gadget is powered by a Snapdragon 8 Gen 1 SoC. In addition, they have OLED displays. Along with these phones, the business expects to release the iQoo 9 SE. Because the devices have been listed on Amazon, they will likewise be sold there.

How to watch iQoo 9 series launch live in India

Due to the increasing number of Omicron cases in India, the iQoo 9 series India launch event will be held online. The new smartphone series will be unveiled at 12 p.m. IST. The iQoo 9 series launch ceremony will be broadcast live on the company’s YouTube account and other social media outlets. You may watch the launch event live right now on our website by clicking on the link below.

The Indian versions of these gadgets are said to have different specifications from the Chinese variants. The iQoo 9 Pro will be powered by a Snapdragon 8 Gen 1 SoC, according to the company. The combination of enhanced LPDDR5 memory and UFS 3.1 flash storage boosts performance even more. Both the vanilla and Pro models will support 120W FlashCharge, according to the company. The iQoo 7 Series, for example, enabled 66W FlashCharge last year. The 120W quick charging capability is designed to charge the battery from 0% to 50% in 6 minutes.

The iQOO 9 series will also have the latest gaming features such as a Dual X-Axis Linear Motor for the greatest haptics experience and an Advanced Liquid Cooling System. The flagship phone will also have a Gimbal Camera for a more professional photographic experience.

The iQoo 9 India variant is expected to ship with Android 12 and a 6.56-inch AMOLED display with a refresh rate of 120Hz. In addition, the phone might include a triple-camera arrangement on the back, including a 48-megapixel main camera. It is also said to have an intelligent display chip.

The iQoo 9 Pro, on the other hand, is said to boast a 6.78-inch AMOLED screen. A triple back camera configuration with a 50-megapixel main sensor is also available. The iQoo 9 Pro’s battery capacity is stated to be 4,700mAh.

Komila Singhhttp://www.gadgetbridge.com
Komila is one of the most spirited tech writers at Gadget Bridge. Always up for a new challenge, she is an expert at dissecting technology and getting to its core. She loves to tinker with new mobile phones, tablets and headphones.
Facebook
Twitter
WhatsApp
Linkedin
ReddIt
Email
Previous article23 February 2022 Amazon Quiz today answers: Answer to win Rs 1,000 Amazon Pay Balance
Next articleApps Not Updating on Android 11? Here’s How to Fix The Issue