The company has also introduced Ultra Cooling Back Clip and Game Finger Sleeves. 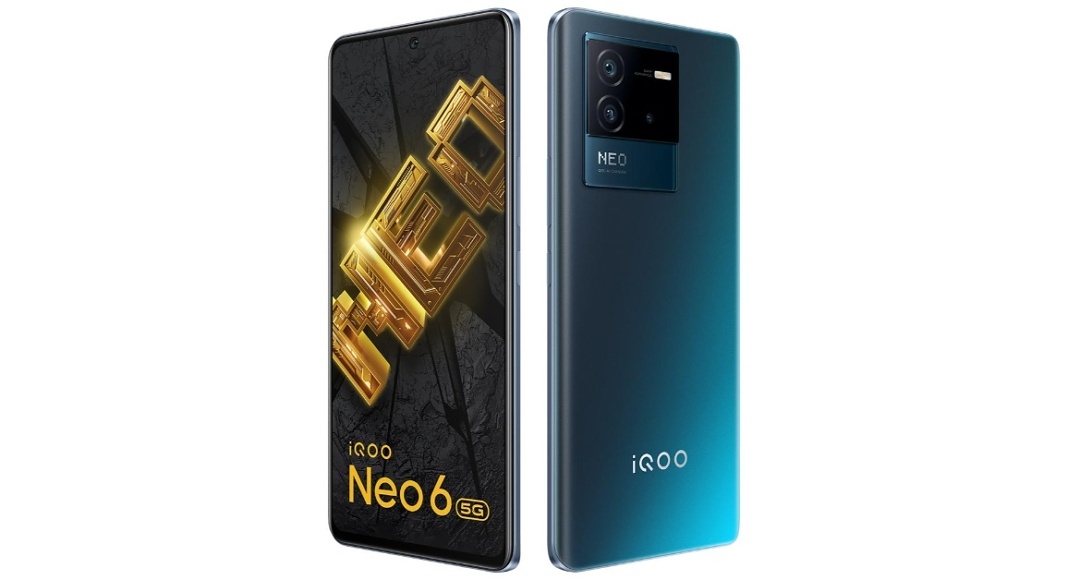 iQoo Neo 6 has officially launched in India today. The mid-range smartphone is the first device in the Neo Series to arrive in the country. The handset is powered by Snapdragon 870 SoC and packs a 4700mAh battery with 80W fast charging support. It comes with a 64-megapixel triple rear camera and a 6.62-inch E4 AMOLED display with a 120Hz refresh rate.

iQoo Neo 6 has been launched in India at a starting price of Rs 29,999 for the 8GB RAM with 128GB storage option. The 12GB RAM with 256GB storage model is priced at Rs 33,999. It will be available in two colour schemes: Cyber Rage and Dark Nova. The device can be purchased via Amazon and the company’s website starting at 1 p.m. today. 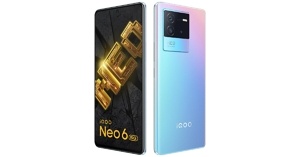 Customers can also take advantage of launch deals, such as a Rs 3,000 discount on the smartphone if they use ICICI Bank credit and debit cards or EMI transactions, until June 5. In addition to this, the business is also providing a Rs 1,000 Amazon coupon and a Rs 3,000 exchange discount.

iQoo Neo 6 6.62-inch E4 AMOLED full-HD+ display with 1,080×2,400 pixels of resolution and 120Hz refresh rate with a 360Hz touch sampling rate. The smartphone operates on Android 12-based Funtouch OS 12. The Snapdragon 870 SoC is combined with up to 12GB of RAM in the device and has up to 256GB of built-in UFS 3.1 storage. For better thermal control when gaming, it comes with a liquid cooling vapour chamber.

The iQoo Neo 6 houses a 4,700mAh battery with support for 80W FlashCharge. The handset has 5G, 4G LTE, Wi-Fi, Bluetooth 5.2, GPS, and a USB Type-C connection for connectivity. An accelerometer, ambient light sensor, magnetometer, gyroscope, proximity sensor, and an in-display fingerprint sensor for biometric authentication are among the sensors on board.

In addition to the iQOO Neo 6, iQOO has released the iQOO Cooling Back Clip, which is ergonomically built for rapid heat escape, as well as 0.33mm iQOO Finger Sleeves, which deliver a faultless touch experience during extended gaming sessions. The iQOO Ultra Cooling Back Clip is a semiconductor-based cooling system that reduces the phone’s temperature by 15 degrees in less than a minute, keeping it cool even during fierce fighting. While performing strenuous tasks like as gaming, it keeps the smartphone at its optimal temperature for longer periods of time. The hydrophilic nylon fibre of the iQOO Game Finger Sleeves absorbs all moisture, keeping the user’s fingertips dry and pleasant. It also contains a 35 percent high-density silver conductive fibre, which aids in quick response and precise control while gaming.

Komila Singhhttp://www.gadgetbridge.com
Komila is one of the most spirited tech writers at Gadget Bridge. Always up for a new challenge, she is an expert at dissecting technology and getting to its core. She loves to tinker with new mobile phones, tablets and headphones.
Facebook
Twitter
WhatsApp
Linkedin
ReddIt
Email
Previous article
Garena Free Fire Redeem Codes Today 31 May 2022: Here is how to claim them
Next article
Xiaomi 12 Pro 5G Review: Superb Design With Great Camera Quality