The device comes with an HD+ IPS Waterdrop 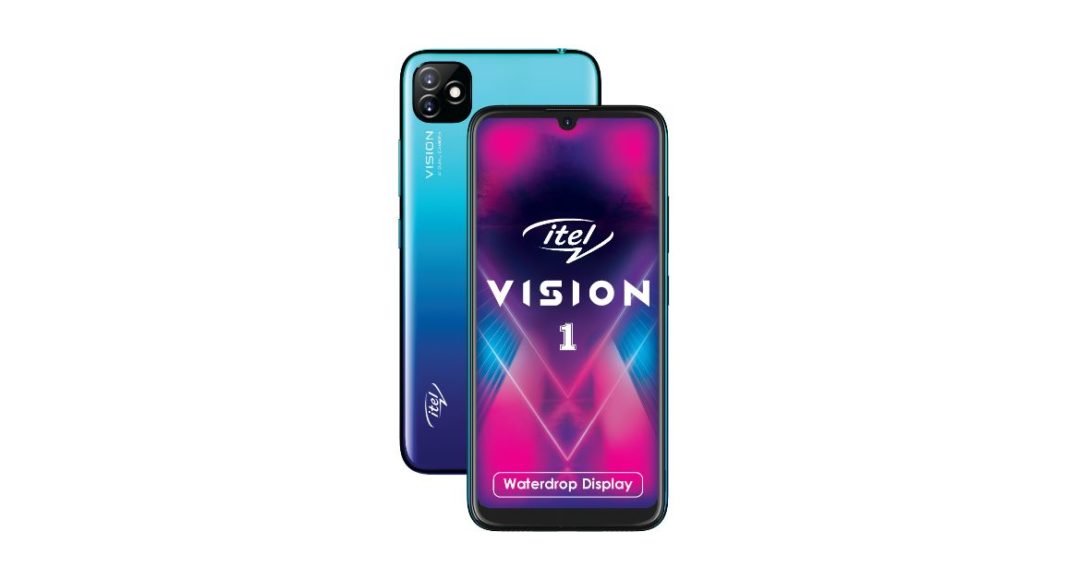 itel Vision 1 has been launched under the budget segment with a price tag of Rs 5,499 in India. The device comes in a single variant of 2GB RAM and 32GB of internal storage. On the purchase of the smartphone, you get a  free itel Bluetooth wireless headset worth Rs 799 from its recently launched accessories portfolio. The launch offers include a Rs 2200 with 25GB additional data to the Reliance Jio users.

Commenting on the launch of Vision Series Smartphone from itel, Mr Arijeet Talapatra, CEO, Transsion Holdings India said, “Since the brand launch in India in 2016, itel has come a long way and has established itself as the leader in less than 5K segment as per Q3 and Q4 Counterpoint Reports of 2019. This remarkable success in a short span is a testimony of itel’s magical product portfolio, which is based on the needs and demands of customers, backed by extensive market research. itel is driving a fresh wave of technological innovations for Bharat and today’s launch will be a game-changer in the industry. Vision 1 is equipped with cutting edge features and trendy technology to give superior mobile experience to customers.”

As for specifications Itel Vision 1 features a 6.088 inches  HD+ IPS Waterdrop, 2.5D curved fully laminated display with 500 nits of brightness and 19:5:9 aspect ratio. The device runs on Android 9 Pie out-of-the-box. Under the hood, there is an octa-core Unisoc SC9863A processor coupled with  2GB of RAM and 32GB of storage. The smartphone also includes a microSD slot that allows the user to expand the internal memory up to 128GB via microSD card.

For photos and videos, Itel Vision 1 comes with a dual rear camera setup that consists of an 8-megapixel primary camera and a 0.08-megapixel depth sensor. On the front, it sports a 5-megapixel camera with 1.4-micron pixels.

The newly launched phone houses a  4,000mAh capacity battery. The device comes equipped with a rear fingerprint sensor and a  face unlock sensor.

Komila Singhhttp://www.gadgetbridge.com
Komila is one of the most spirited tech writers at Gadget Bridge. Always up for a new challenge, she is an expert at dissecting technology and getting to its core. She loves to tinker with new mobile phones, tablets and headphones.
Facebook
Twitter
WhatsApp
Linkedin
ReddIt
Email
Previous articleOnePlus 7T Pro, OnePlus 7 Pro and OnePlus 7 starts getting the new OxygenOS update with January security patch
Next articlePoco X2 with Qualcomm Snapdragon 730G chipset to go on sale in India today via Flipkart