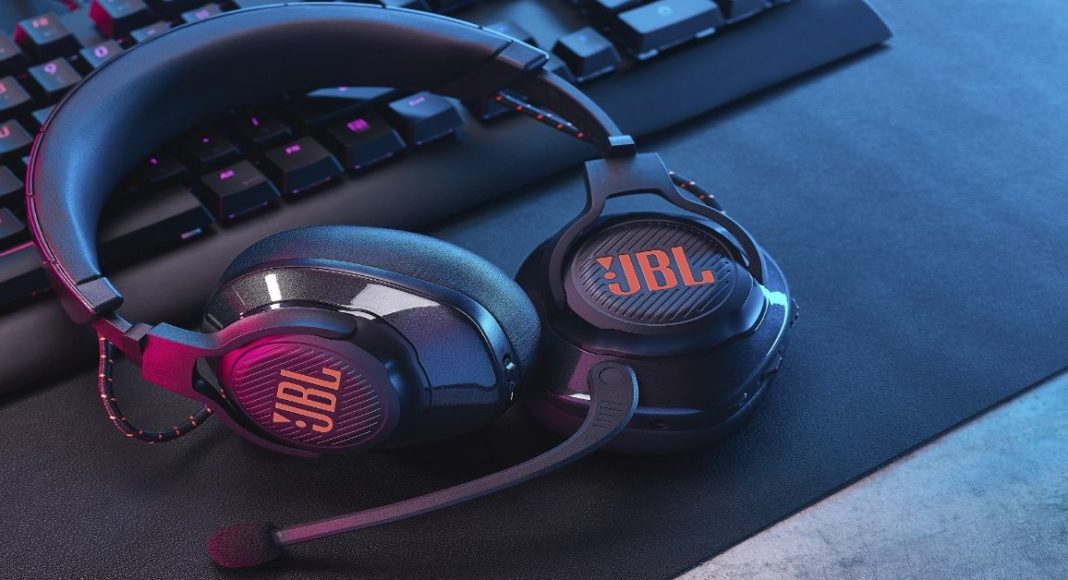 Audio accessories maker Harman has announced its next headphones in the gaming line-up named JBL Quantum series in India. The latest offering by the company ranges from Rs. 3,999 and goes up to Rs 29,999 in the country. The headsets are exclusively designed for gamers and it includes seven headphones at a competitive price range as well features and are powered by the JBL QuantumSOUND Signature.

JBL has announced its first gaming headset range in India called the JBL Quantum series that includes a total of seven headphones in the series ranging from wired to wireless devices both for casual and competitive gamers. The flagship JBL Quantum One is powered by JBL QuantumSPHERE 360 sound technology also featuring the proprietary algorithms and integrated head tracking sensors. Whereas the JBL Quantum 300, JBL Quantum 400, JBL Quantum 600 and JBL Quantum 800 feature the newest JBL QuantumSURROUND sound technology powered by the JBL QuantumENGINE PC software. This is said to allow gamers to experience virtual worlds in added dimensions by adding the height channels that replicate a much wider, realistic spatial soundstage to facilitate next-gen cinematic game immersion.

According to the company all the headsets in the JBL Quantum Range comes with multi-platform capabilities to connect with a PC, Mac, Xbox, PlayStation, Nintendo Switch, mobile and VR. The headphones feature flip-up or detachable boom microphones with echo canceling technology that blocks the background noises to ensure crystal clear communication.

The top of the line models JBL Quantum ONE, Quantum 600, Quantum 800 put on a premium leather-wrapped memory foam ear cushions whereas the JBL Quantum 100, 200, JBL 300 and 400 models don a PU leather-wrapped memory foam ear cushions for long durations. The company claims that with the help of JBL’s QuantumSOUND Signature the players can easily pinpoint incoming fire, hear enemies creeping up from behind or feel the roar of explosive action. Moreover, the bare drivers and tweeters allow the headphones to deliver incredible sound clarity, ensuring that users never miss a step, shot or jump during gameplay.

The JBL Quantum Range is now up for sale via the company’s official website along with all the major online as well as offline retail stores in India. The JBL Quantum headsets will be available at the following price (MRP):

Komila Singhhttp://www.gadgetbridge.com
Komila is one of the most spirited tech writers at Gadget Bridge. Always up for a new challenge, she is an expert at dissecting technology and getting to its core. She loves to tinker with new mobile phones, tablets and headphones.
Facebook
Twitter
WhatsApp
Linkedin
ReddIt
Email
Previous articleJune 17 Amazon Quiz: Today you can win Apple iPhone XR
Next articleOppo Find X2 series with 120Hz refresh rate display and a 65W SuperVOOC 2.0 fast charging tech to launch in India today