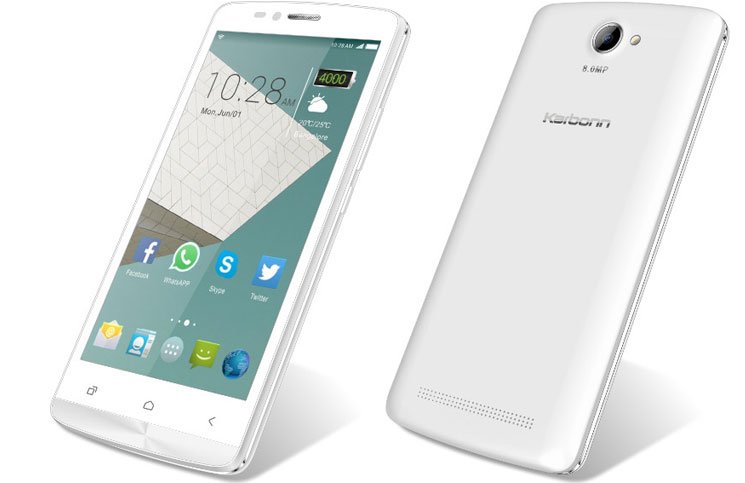 The domestic smartphone manufacturer Karbonn has expanded its product portfolio with the launch of yet another budget smartphone dubbed as ‘Aura 9’. The company has priced the smartphone for Rs 6,390 and it will be available in White and Navy Blue colour options.

Talking about the specifications, the Karbonn Aura 9 features a 5-inch IPS display with 854×480 pixels resolution. The dual SIM smartphone runs on Android 4.4 KitKat operating system. Powering the device is 1.2GHz quad-core processor paired with 1GB of RAM. The internal storage of the smartphone stands at 8GB which can be expanded up to 32GB using a microSD card.

The Karbonn Aura 9 smartphone sports an 8.0-megapixel rear camera with LED flash and a 5.0-megapixel front facing camera. The smartphone packs in a massive 4,000 mAh battery and offers 3G, WiFi, Bluetooth and GPS as connectivity options. The device has support for 21 languages and also offers Gesture Control to access apps with the screen locked.