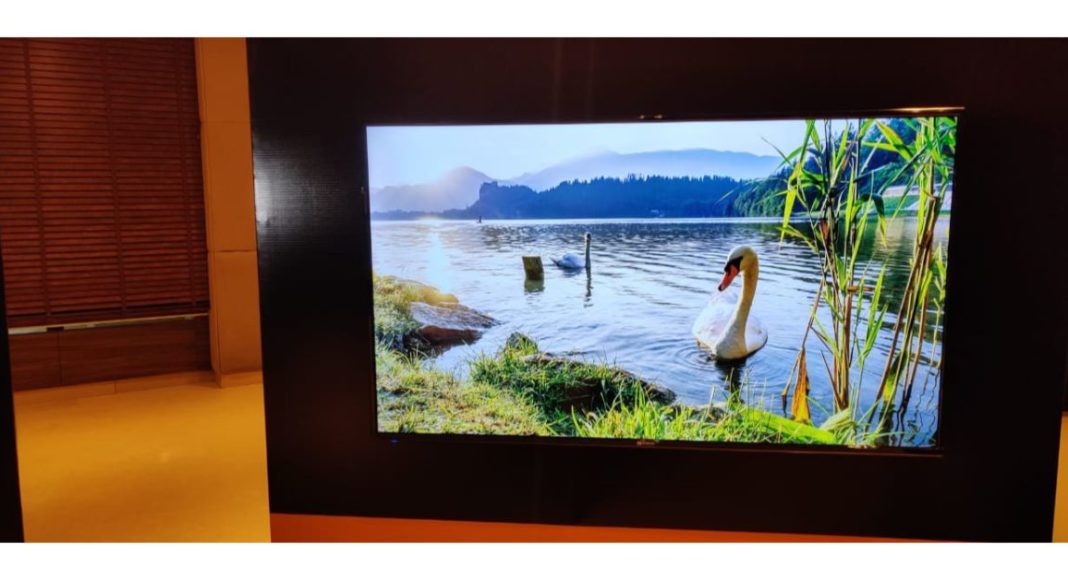 Super Plastronics Pvt. Ltd. (SPPL), on the completion of its association with Kodak today announced the launch of a series of new 4K smart TV in India. The three new Kodak smart TVs have been launched under the XPRO series that includes Kodak 43 4KXPRO, Kodak 50 4KXPRO and Kodak 55 4KXPRO. All the three XPRO series of smart TVs offers 1GB of RAM and up to 8GB of internal storage.

Speaking at the launch, Super Plastronics Director and CEO, Avneet Singh Marwah said “We are delighted to announce the expansion of Kodak XPRO HD LED TV series. We have always marked our efforts proactively to support the demands of our customers. Thus, we have come up with these 4K models and recently we have started a new production line at our Noida facility with a production capacity of 3000 units in a day and we will be offering 2-3 variants in every quarter”.

As the name suggests Kodak 43 4KXPRO comes with a 43-inch display, Kodak 50 4KXPROwill be available with a 50-inch screen and last of all

All the new LED TVs will be powered by a quad-core A53 CPU coupled with Mali-450MP multi-core GPU. The Kodak XPRO smart TVs come with 1GB of RAM along with 8GB of internal memory. The smart TVs run on the Android 7.1 operating system that comes integrated with apps like Netflix, Hotstar, Amazon Prime, YouTube, Voot and Zee5, YUOO TV, Sony LIV and Eros Now.

Komila Singhhttp://www.gadgetbridge.com
Komila is one of the most spirited tech writers at Gadget Bridge. Always up for a new challenge, she is an expert at dissecting technology and getting to its core. She loves to tinker with new mobile phones, tablets and headphones.
Facebook
Twitter
WhatsApp
Linkedin
ReddIt
Email
Previous articleSamsung Galaxy Fold gets listed on the Samsung India website, will launch soon
Next articleMicrosoft rolls out Dark Mode on Outlook for iOS and Android