HomeMobilesLeaked: Xiaomi Mi8 Specifications before its May 31 launch

Leaked: Xiaomi Mi8 Specifications before its May 31 launch 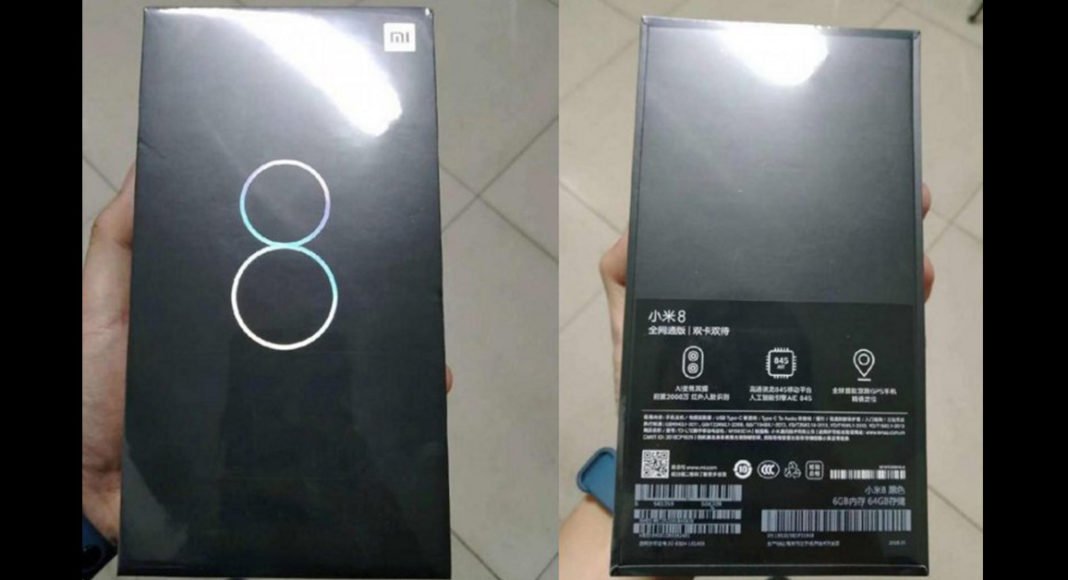 This season we have seen leaks, leaks and more leaks of smartphones that are about to be launched. The latest to join the leaked bandwagon is the leading smartphone brand of India, Xiaomi. Slashleaks have revealed the box of the Xiaomi Mi8 in this latest internet leak that shows most of its specifications that the users would want to know. This has come days before the smartphone will be revealed to the world at an event in China.

The photos surfaced by them show that the Xiaomi Mi8 will have a Qualcomm Snapdragon 845 chipset (the second phone to have it, after OnePlus 6), 6 GB RAM, 64 GB storage and a dual camera setup, with 20MP sensor. What’s more, is that this smartphone will also support dual-GPS mode that is first in its class. What will happen with the dual-GPS? Well, some say it will strengthen the signal for more accurate reading that apps can use.

Other than that, different reports suggest the Xiaomi Mi8 to have a 6.2-inch FHD+ display with 19:9 ratio. This phone will also have a notch like the OnePlus 6 and seems to be an edge to edge screen driven mobile. A 16 MP sensor will power the front facing camera module, while a 3,300 mAh battery will be giving this smartphone its life juice. This is most likely to be backed by a Quick charge feature that will give the user several hours of talk time in a matter of few minutes of charging.

This smartphone with other gadgets from Brand Xiaomi is set to release on 31st of May. Xiaomi Mi Band 3 and MIUI 10 is also slated to launch at the same event. If the above specs are true, then Xiaomi does seem to have a winner on its hands, as it will keep the price very competitive when compared to OnePlus and Oppo smartphones.