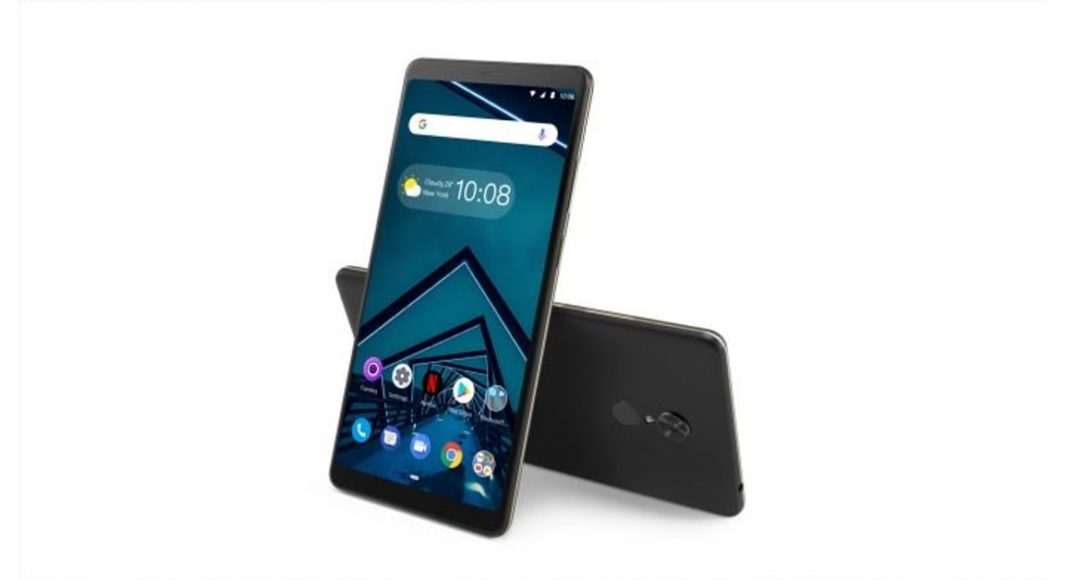 Chinese electronics maker Lenovo has unveiled a new tablet at the ongoing MWC 2019 called the Lenovo Tab V7 which, according to the company, works as a ‘tablet-and-smartphone-in-one’. As its name suggests, it is a tablet sized smartphone or vice-versa. Where other smartphone companies are going ‘big and innovative’ with their futuristic foldable phone designs, Lenovo has decided to take another route.

Lenovo Tab V7 comes with a 6.9-inch IPS Full HD display and runs on Android 9.0 Pie out of the box. It comes with all the other features a smartphone has along with a big screen like a tablet. According to the company, the Tab V7 is a ‘smartphone-tablet hybrid’ but considering that it is just over 7-inch it can be said as a ‘Big’ smartphone or a phablet.

The Lenovo Tab V7 will start selling from April 2019 in the European markets and it will be priced at EUR 249 (approximately Rs 20,100). But the company hasn’t revealed the Indian price of the smartphone or when will it will be available in the market.

The device comes with Dolby Audio-powered front facing speakers. The device holds a rear camera with a 13MP primary sensor with flash and at the front it has a 5MP selfie camera. Under the back camera is the fingerprint scanner for unlocking the device, but it also comes with a face unlock feature. Being labelled as a smartphone hybrid, it supports dual-SIM card and has 4G network support on both the SIMs. Calls, messages and data services can be used on both the SIMs. It packs a huge 5,180mAh battery with fast charging which according to Lenovo can give up to 10 hours of video playback and browsing along with up to 30 hours of talk time.

Aman Singhhttps://www.gadgetbridge.com/
Aman Kumar Singh has a Masters in Journalism and Mass Communication. He is a journalist, a photographer, a writer, a gamer, a movie addict and has a love for reading (everything). It’s his love of reading that has brought him knowledge in various fields including technology and gadgets. Talking about which, he loves to tweak and play with gadgets, new and old. And when he finds time, if he finds time, he can be seen playing video games or taking a new gadget for a test run.
Facebook
Twitter
WhatsApp
Linkedin
ReddIt
Email
Previous article
Oppo foldable phone prototype revealed, design similar to Huawei Mate X
Next article
Sony Xperia 10, Xperia 10 Plus and Xperia L3 launched: Price and Specifications