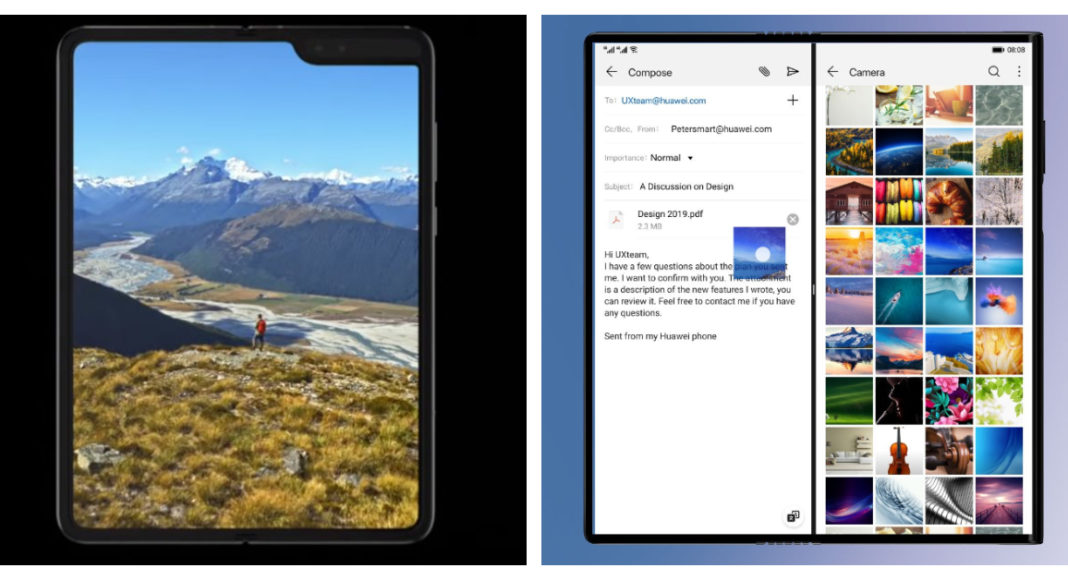 The era of foldable phones has begun! On February 20, South Korean technology giant Samsung unveiled its Galaxy Fold, which is one of a kind foldable phone that has top-of-the-line specifications. Days later, Chinese smartphone brand Huawei has taken wraps off its foldable smartphone named Huawei Mate X at MWC 2019. It seems like in the next few months, the smartphone market will get to see the launch of a host of these foldable smart devices that look like they are straight out of a sci-fi movie. Both the foldable phones have crazy and ground-breaking specifications along with a hefty price tag. These phones are not for everybody but for serious tech-lovers. People will buy these foldable phones only when they have a love for advanced technology and are ready to pay a hefty price for it. Here, we have compared Samsung Galaxy Fold smartphone with Huawei’s Mate X. Take a look at our spec-to spec comparison and decide which one is the right buy for you:

An 8-inch OLED FullView Display panel with 2480×2200 pixels resolution and an aspect ratio of 8:71 appears when the device is unfolded.

Samsung Galaxy Fold: 16MP ultra-wide sensor with an f/2.2 aperture, a 12MP wide-angle sensor that has a variable aperture of f/1.5 to f/2.4, and a third 12MP telephoto lens with PDAF and an f/2.4 aperture paired with 2X optical zoom.

Ten years after the first Galaxy, we didn’t just change the shape of the phone, we changed the shape of tomorrow. #GalaxyFold
Learn more: https://t.co/gYYGF4ZvdJ pic.twitter.com/C8s0Jxdhkz

Aman Singhhttps://www.gadgetbridge.com/
Aman Kumar Singh has a Masters in Journalism and Mass Communication. He is a journalist, a photographer, a writer, a gamer, a movie addict and has a love for reading (everything). It’s his love of reading that has brought him knowledge in various fields including technology and gadgets. Talking about which, he loves to tweak and play with gadgets, new and old. And when he finds time, if he finds time, he can be seen playing video games or taking a new gadget for a test run.
Facebook
Twitter
WhatsApp
Linkedin
ReddIt
Email
Previous article
Sony Xperia 1 is the world’s first smartphone to come with an OLED 4K display: Here’s a look at the complete list of specifications
Next article
Alcatel 3T 10 Tablet launched with Optional ‘Audio Station’