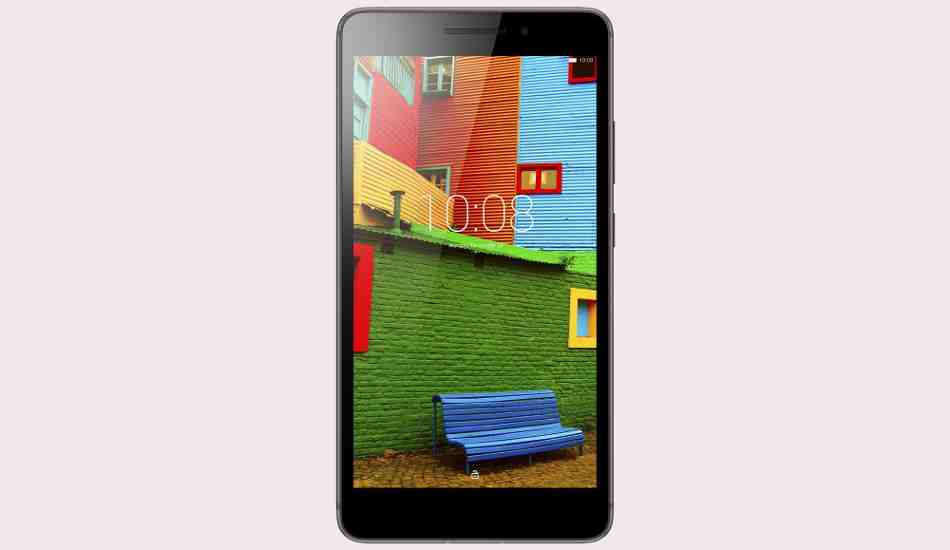 Lenovo the Chinese smartphone manufacturer launched its new smartphone dubbed as Lenovo Phab Plus in China last month. The mobile phone is now available in India at a price tag of Rs 18,490 via online retailer Amazon. The device is also listed in the India website of the company but is not yet officially launched in the country.

Talking about the specifications, the Lenovo Phab Plus features a 6.8-inch display with 1080×1920 pixels resolution. The smartphone comes with dual SIM functionality and runs on Android 5.0 Lollipop operating system topped with the Vibe UI of the company. The device is powered by a 1.5GHz octa-core Qualcomm Snapdragon 615 processor clubbed with 2GB of RAM.

The onboard storage of Lenovo Phab Plus accounts to 32GB which can be expanded further up to 64GB using a microSD card. The handset sports a 13.0-megapixel rear camera with LED flash and a 5.0-megapixel front facing camera for capturing selfies. The connectivity attributes of the smartphone include 4G, LTE, 3G, WiFi, Bluetooth, GPS and houses a 3,500 mAh battery. The customers can buy the smartphone in Metallic Gray, Midnight Blue, Neon Pink and Elegant Silver platinum colour variants.