Lenovo Z6 Pro, K10 Note and A6 Note to be launched on September 5 in India

The company has also started sending press invites for the same 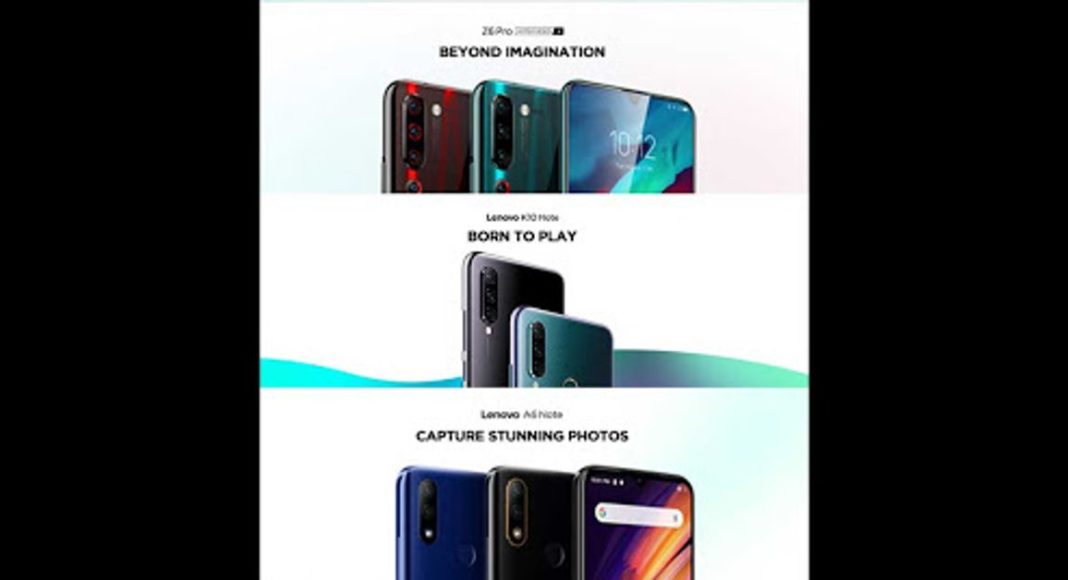 After launching a new series of laptops in India, Lenovo is all set to launch new versions of smartphones in the country. The company has also started sending invites to the media for the same. According to the press invites the company will be launching not one, not two, in fact, three smartphones in the country. Lenovo will be unveiling Z6 Pro, K10 Note and A6 Note on September 5 here.

As we all know that the company has already launched the Lenovo Z6 Pro a few months ago in China now the company has decided to launch two fresh mobile phones in the Indian market. A few months back in May the company launched Lenovo K9 Note in India and now it will be introducing its successor Lenovo K10 Note. However, no official specifications have been revealed by the company with regards to Lenovo K10 Note and Lenovo A6 Note smartphones. But Lenovo A6 Note has now appeared on the Android Enterprise listing revealing its specifications ahead of its official launch.

As per the speculative listing, the Lenovo A6 Note is expected to come with a 6.1-inch display screen. The device will run on the Android 9 Pie OS. The company is expected to launch the phone in two storage options 16 GB and 32 GB internal storage. However, the listing does not reveal the processor of the smartphone, but it mentioned that it will be offering 2GB of RAM. Here we would like to mention that all the specifications are speculative so we can wait till the smartphone gets launched.

To recall, Lenovo Z6 Pro runs Android 9.0 Pie skinned with ZUI 11 supported by Game Turbo mode, U-Touch and U-Health among others. The smartphone features a 6.39-inch AMOLED display that comes with the support for DC dimming and HDR 10 and has an in-display fingerprint scanner that also has the ability to detect moist and wet fingers. The handset is powered by Qualcomm’s Snapdragon 855 processor clubbed with Adreno 640 GPU. It comes in 6GB/8GB/12GB RAM options. Apart from that, the Z6 Pro also has support for Face Unlock. 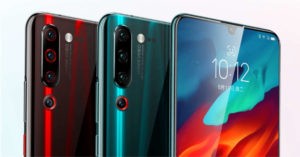 Coming on the imaging capabilities, the Lenovo Z6 Pro sports an AI-powered quad-camera setup paired with dual-LED flash. The camera setup includes a 48MP main sensor with an f/1.8 lens, a 16MP wide-angle sensor, an 8MP telephoto sensor and a 2MP sensor. The smartphone comes with a ToF (Time of Flight) and a PDAF sensor as well. The cameras are supported by optical image stabilisation and modes like Super Night Scene, Super Macro, Super Wide Angle, Super Body, and Dual Scene. On the front, there is a 32MP selfie camera on this smartphone.

Komila Singhhttp://www.gadgetbridge.com
Komila is one of the most spirited tech writers at Gadget Bridge. Always up for a new challenge, she is an expert at dissecting technology and getting to its core. She loves to tinker with new mobile phones, tablets and headphones.
Facebook
Twitter
WhatsApp
Linkedin
ReddIt
Email
Previous article
Apple has fired more than 300 contractors who heard Siri recording
Next article
Moto G8 Play specifications leaked: Might come with HD+ screen and MediaTek CPU