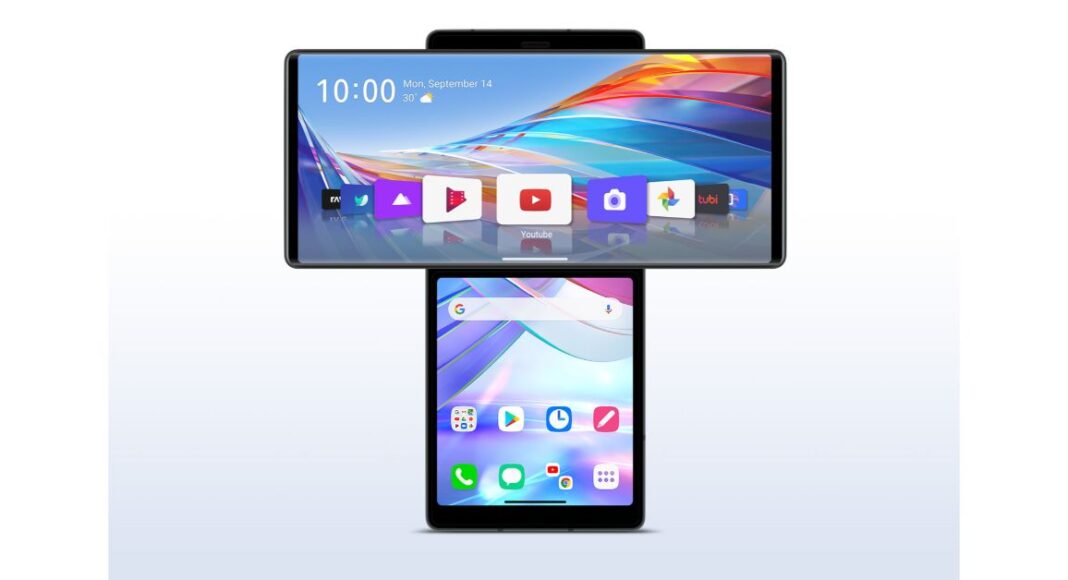 The South Korean electronics brand LG today officially unveiled its dual-screen phone LG Wing in India today. The device is the first smartphone under the company’s Explorer Project which is intended to offer new usability ideas to the smartphone market. Prior to its launch in the country, the smartphone was introduced in the company’s home market. Just as the name of the mobile phone is unique so is its form factor and specifications. The phone comes with a swivel screen that rotates clockwise in 90 degrees that reveals the secondary screen to offer a multi-viewing as well as multitasking experience. For this, the company has used a hinge mechanism that uses up a thermoplastic polyoxymethylene at the back. Read on to Know LG Wing price in India and its specifications 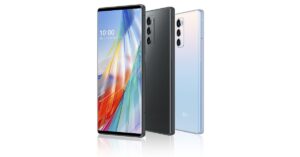 Starting with the pricing, the first LG Wings price in India has been set at Rs 69,990 for the 8GB RAM with 128GB storage. The device will be offered in two colour options Aurora Gray and Illusion Sky. In terms of availability, the dual-screen phone is scheduled to go on sale on November 9 in the country via e-commerce websites as well as offline stores.

In terms of specifications, LG Wing carries a sleek design that offers a multi-viewing as well as multitasking experience. It also allows you to see apps both horizontally as well as vertically. The phone has a 6.8-inch full-HD P-OLED FullVision panel with 1,080×2,460 pixels of resolution, 20.5:9 aspect ratio and 395ppi of pixel density. Swivel up the primary camera and the secondary screen will be revealed which has a 3.9-inch full-HD+ G-OLED panel with 1,080×1,240 pixels and has a 1.15:1 aspect ratio and a pixel density of 419ppi.

To protect the phone it promises a durable hinge, comes with a water repellent coating along with an Anti-dust tech. As per the company, the hinge movement has been engineered with a study double guide structure for smooth rotation of the screen. In addition to this, you can watch videos while also messaging your friends, check notifications, web browsing and shopping without having to minimize the screen. 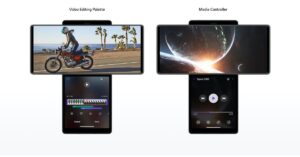 The phone runs Q OS on top of Android 10 OS. Under the hood, there is an octa-core Qualcomm Snapdragon 765G SoC paired with 8GB of RAM and 128GB of storage.

In addition to this, the phone comes integrated with an in-display fingerprint sensor. The company claims that the Wing can handle sudden drops and extreme temperature changes as it has passed Mil-STD-810G testing. It is backed by a 4,000mAh battery that supports Quick Charge 4.0+ 25W fast charging and 10W wireless charging. For connectivity, it includes 5G, 4G LTE-A, Wi-Fi 802.11ac, Bluetooth v5.1, NFC, GPS/ A-GPS, and a USB Type-C port.

Komila Singhhttp://www.gadgetbridge.com
Komila is one of the most spirited tech writers at Gadget Bridge. Always up for a new challenge, she is an expert at dissecting technology and getting to its core. She loves to tinker with new mobile phones, tablets and headphones.
Facebook
Twitter
WhatsApp
Linkedin
ReddIt
Email
Previous articleVivo TWS Neo true wireless earphones review: Ticks all the boxes
Next articleLG Velvet with Dual Screen accessory and MIL-STD-810G certifications launched in India