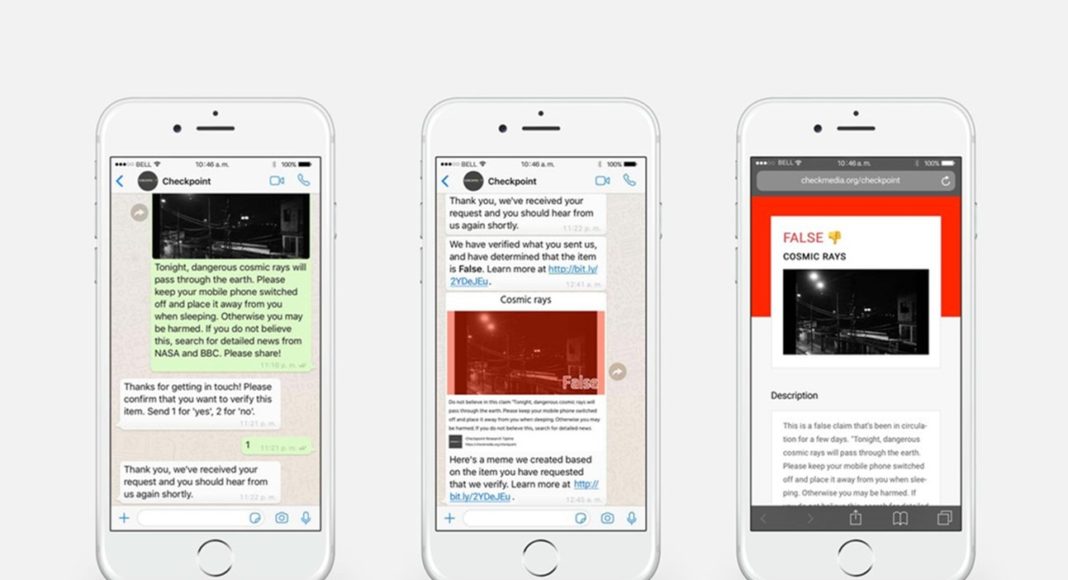 Facebook-owned instant messaging service WhatsApp has announced its ‘Checkpoint Tipline’ feature on Tuesday. This feature allows the users to check the authenticity of the information they received, the new feature by WhatsApp comes weeks ahead of the India’s general election to counter the spread of fake news.

Checkpoint Tipline was launched by Proto, an Indian based media skilling start-up. With the new feature, users in India can submit the misinformation and fake news they received to the Checkpoint Tipline on WhatsApp to +91-9643-000-888.

In a statement, WhatsApp said, “Launched by Proto, an India-based media skilling start-up, this tipline will help create a database of rumours to study misinformation during elections for Checkpoint – a research project commissioned and technically assisted by WhatsApp. The response will indicate if information is classified as true, false, misleading, disputed or out of scope and include any other related information that is available.”

Proto will also be working with other organisations to look into the information and check if the shared information is true or a piece of misinformation. The information checking initiative came after the platform faced criticism from the government when the spread of fake news claimed the lives of many individuals in mob-lynching last year. 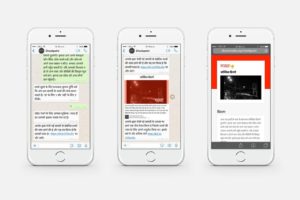 So, to stop the spread of fake news on its platform, WhatsApp is taking various steps before the elections. WhatsApp is also putting ads on TV, papers and online to stop believing the information the users received until it is from a verified source.

On Tuesday, WhatsApp said Dig Deeper Media and Meedan, which previously worked on misinformation-related projects around the world are helping Proto to develop the verification and research frameworks for India. This will make countering the fake news easier. Meedan has also developed the technology to support the verification of rumours which are spread on the platform. And it will also maintain the database of such content that have been processed. For doing this, they have expanded their check platform and then integrated it with the WhatsApp Business API, so that they receive and respond to messages at scale.

Ritvvij Parrikh and Nasr ul Hadi, Founder of Proto said, “The goal of this project is to study the misinformation phenomenon at scale — natively in WhatsApp. As more data flows in, we will be able to identify the most susceptible or affected issues, locations, languages, regions, and more.”

Aman Singhhttps://www.gadgetbridge.com/
Aman Kumar Singh has a Masters in Journalism and Mass Communication. He is a journalist, a photographer, a writer, a gamer, a movie addict and has a love for reading (everything). It’s his love of reading that has brought him knowledge in various fields including technology and gadgets. Talking about which, he loves to tweak and play with gadgets, new and old. And when he finds time, if he finds time, he can be seen playing video games or taking a new gadget for a test run.
Facebook
Twitter
WhatsApp
Linkedin
ReddIt
Email
Previous articleNetflix guide for April 2019: Everything that’s new
Next articleAdcom Luminosa with ‘unique LED lights’ launched in India: Price and specifications