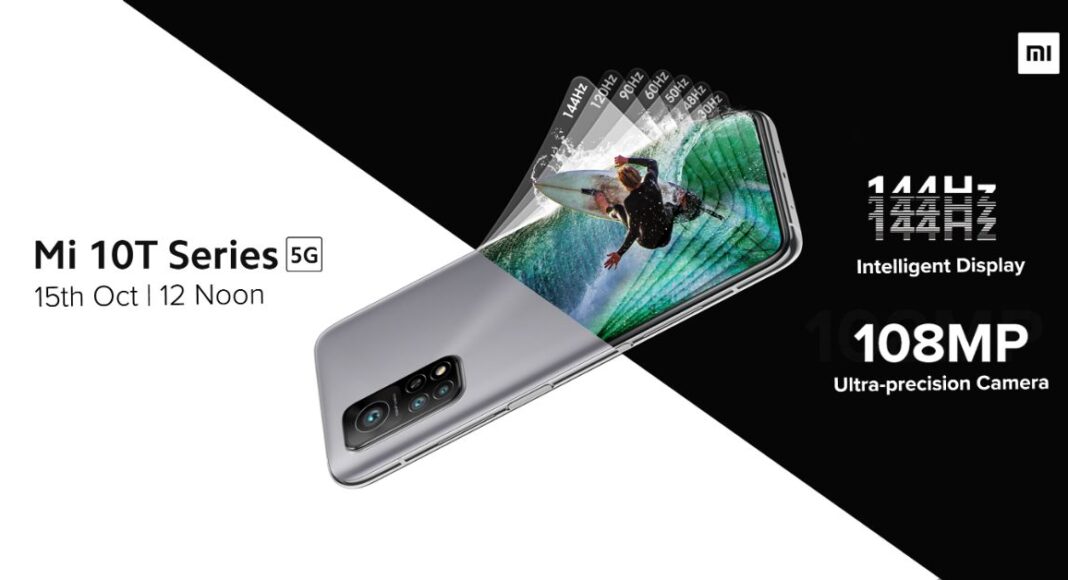 Few days back, Xiaomi introduced its latest flagship Mi 10T series in the market. The line-up includes two new devices Mi 10T and Mi 10T Pro that feature 144Hz refresh rate display panel and are powered by Qualcomm Snapdragon 865 SoC. Now both the devices are soon arriving in India as officially confirmed by the company’s head.

According to a fresh tweet by Xiaomi India Managing Director Manu Kumar Jain the new Mi 10T smartphone series will launch in India on October 15 at 12 noon. Jain has confirmed Mi 10T and Mi 10T Pro while his tweet did not mention whether the Mi 10T Lite is coming to India or not. But recently the Indian variant of the Lite model was tipped by Bluetooth SIG listing hinting at the launch. If the listing and rumours are to be believed then we the company will be bringing this device later on after unveiling Mi 10T series in the country

As the device has already been launched globally, Mi 10T will be featuring a 6.67-inch full-HD+ display with a resolution of 1,080×2,440 pixels. There will be a 20:9 aspect ratio with 144Hz refresh rate support protected with Corning Gorilla Glass 5 layering.

It will run on Android 10 based MIUI 12. It will be powered by an octa-core Qualcomm Snapdragon 865 SoC paired with up to 8GB of LPDDR5 RAM with 128GB of UFS 3.1 storage. The handset is backed by a 5,000mAh battery with 33W fast charging support. For cameras, there will be a 64-megapixel primary camera, a 13-megapixel ultra-wide-angle sensor and a 5-megapixel macro lens. Upfront there is a 20-megapixel selfie camera sensor settled inside a hole-punch display.

Mi 10T Pro will come with a similar display. It will be powered by Qualcomm Snapdragon 865 SoC coupled with 8GB of LPDDR5 RAM with up to 256GB of UFS 3.1 storage. Whereas the camera set will include a 108-megapixel primary sensor with optical image stabilisation (OIS) while the other sensor remains the same as Mi 10T.

Komila Singhhttp://www.gadgetbridge.com
Komila is one of the most spirited tech writers at Gadget Bridge. Always up for a new challenge, she is an expert at dissecting technology and getting to its core. She loves to tinker with new mobile phones, tablets and headphones.
Facebook
Twitter
WhatsApp
Linkedin
ReddIt
Email
Previous article
Sony WH-1000XM4 wireless headphones review: A good upgrade with useful features
Next article
Oppo A15 with a triple rear camera set up to launch soon in India