Mi 11 Lite to be available in three pastel shades, Xiaomi teases the colour options ahead of the India launch 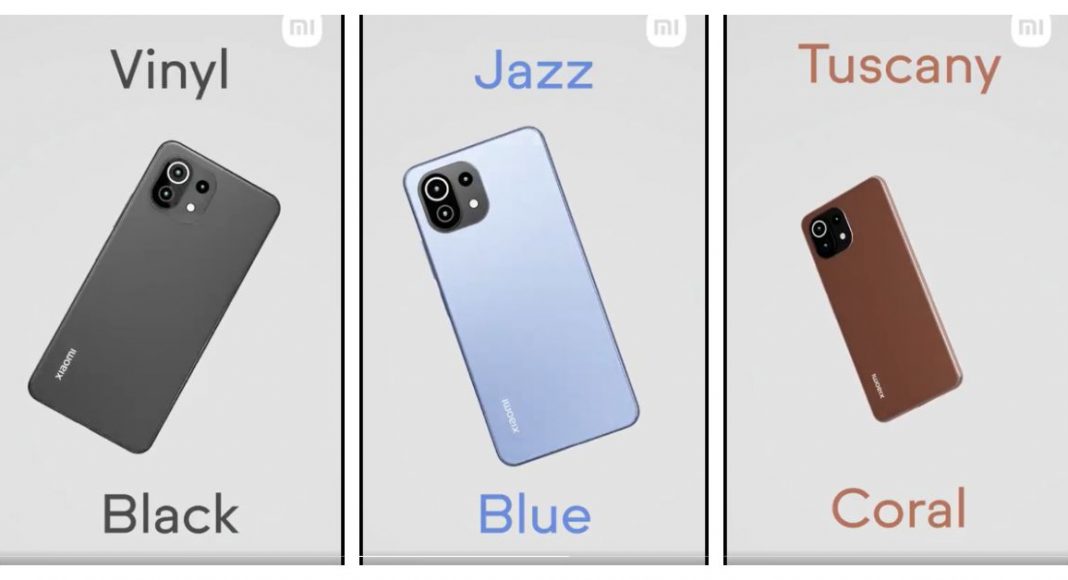 Just ahead of the June 22 India launch of Mi 11 Lite, Xiaomi has revealed the device’s colour options it will be available in. As per the recent teaser by the company, its upcoming phone will be offered in three colour options. In addition to this reveal, the company has also showcased a video teaser on Twitter, which shows the back of the handset as well as the three colour options. To recall, Xiaomi Mi 11 Lite was launched in China along with Mi 11 Ultra and Mi 11 Pro in March this year.

Xiaomi took to Twitter to share the first video teaser of Mi 11 Lite. As per the company’s latest reveal, the device will arrive in three colour options: Jazz Blue, Tuscany Coral, and Vinyl Black. All the three colour variants are said to be inspired by a region in Italy, a music genre & phonographic records. Besides the colour option, the new video teaser also gives a glimpse of the back of the smartphone which not only shows the new shades but its triple rear camera setup. The Mi 11 Lite India launch is taking place on Tuesday which is June 22 at noon. The launch event is not yet confirmed but the company is expected to host it online only. Additionally, Flipkart also listed the phone to suggest its online availability in the country.

These colors are inspired by a region in Italy, a music genre & phonographic records

Tell us your favorite color

On the connectivity front, Xiaomi Mi 11 Lite will include Wi-Fi, 4G, Bluetooth v5.1, NFC, GPS, and a USB Type-C port. The sensors on the phone include a proximity sensor, ambient light sensor, accelerometer, gyroscope, electronic compass, linear motor, IR Blaster and a side-mounted fingerprint scanner. It comes with a 4,250mAh battery that supports 33W fast charging.

Komila Singhhttp://www.gadgetbridge.com
Komila is one of the most spirited tech writers at Gadget Bridge. Always up for a new challenge, she is an expert at dissecting technology and getting to its core. She loves to tinker with new mobile phones, tablets and headphones.
Facebook
Twitter
WhatsApp
Linkedin
ReddIt
Email
Previous article
Samsung Galaxy M32 to launch in India today: Expected price and specifications
Next article
How to watch restricted YouTube videos without signing in?