The smartphone was first launched in China in March this year 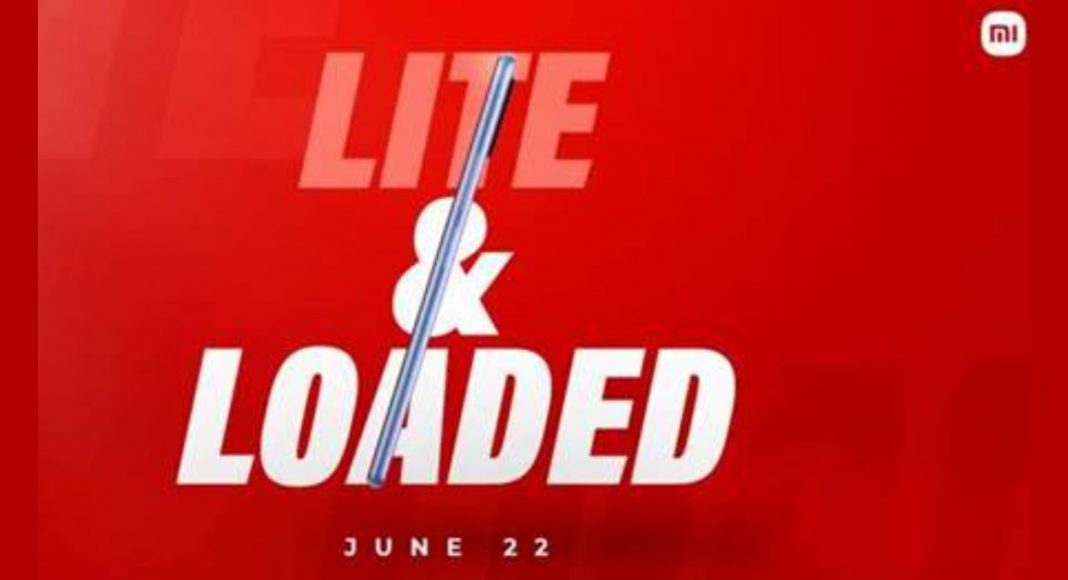 Last month Xiaomi’s executive teased the arrival of Mi 11 Lite for the Indian market. Today the company has officially announced the launch date for its upcoming smartphone. Mi 11 Lite is set to launch in India on June 22. Prior to its launch in the country, the smartphone was launched in China, however, it is not yet confirmed whether the company will bring the 4G or 5G model to the market.

According to the company Mi 11 Lite is scheduled to launch in India on June 22 at 12 noon. The launch event is not yet confirmed but the company is expected to host it online only.

While making the announcement the company said, “We are back with another exciting launch bringing the #𝑠𝑙𝑖𝑚𝑚𝑒𝑠𝑡, the #𝑙𝑖𝑔ℎ𝑡𝑒𝑠𝑡 and the most #𝐥𝐨𝐚𝐝𝐞𝐝 smartphone of 2021! Block your date for the Lite and Loaded launch of the year on June 22nd at 12 noon. Stay tuned to our social media channels for more updates.”

On the other hand, the company’s CEO also took to Twitter to declare the upcoming launch in the country.

In its previous tweet, Xiaomi India Marketing Lead Sumit Sonal shared the teaser of the upcoming smartphone in India. He also shared an image that shows a cemented brick floating on the water that also refers to the mentioned smartphone by Xiaomi.

The device features a 6.55-inch full-HD+ AMOLED display with 1,080×2,400 pixels of resolution and 90Hz refresh rate support. The screen comes with H and offers DR10+ and Dolby Vision support 402ppi pixel density, 800 nits peak brightness with Corning Gorilla Glass 5 protection. The Mi 11 Lite 4G runs MIUI 12 on top of Android 11 and is powered by Qualcomm Snapdragon 732G SoC. It offers up to 8GB of LPDDR4X RAM and up to 128GB of UFS 2.2 storage.

In terms of imaging, there is a triple camera set up on the rear panel that includes a 64-megapixel primary sensor with an f/1.79 aperture. Further assisted by an 8-megapixel ultra-wide-angle lens with f/2.2 and a 5-megapixel tele macro camera with f/2.4 aperture. For taking photos and videos there is a 16-megapixel front-facing camera with an f/2.45 aperture.

Komila Singhhttp://www.gadgetbridge.com
Komila is one of the most spirited tech writers at Gadget Bridge. Always up for a new challenge, she is an expert at dissecting technology and getting to its core. She loves to tinker with new mobile phones, tablets and headphones.
Facebook
Twitter
WhatsApp
Linkedin
ReddIt
Email
Previous articleCanon PIXMA G570, PIXMA G670, imagePROGRAF PRO-300 and PIXMA PRO-200 printers launched in India
Next articleFreecharge Reveals All-New Digital Payment Platform Features