The laptop is said to be rebranded variant of RedmiBook 13 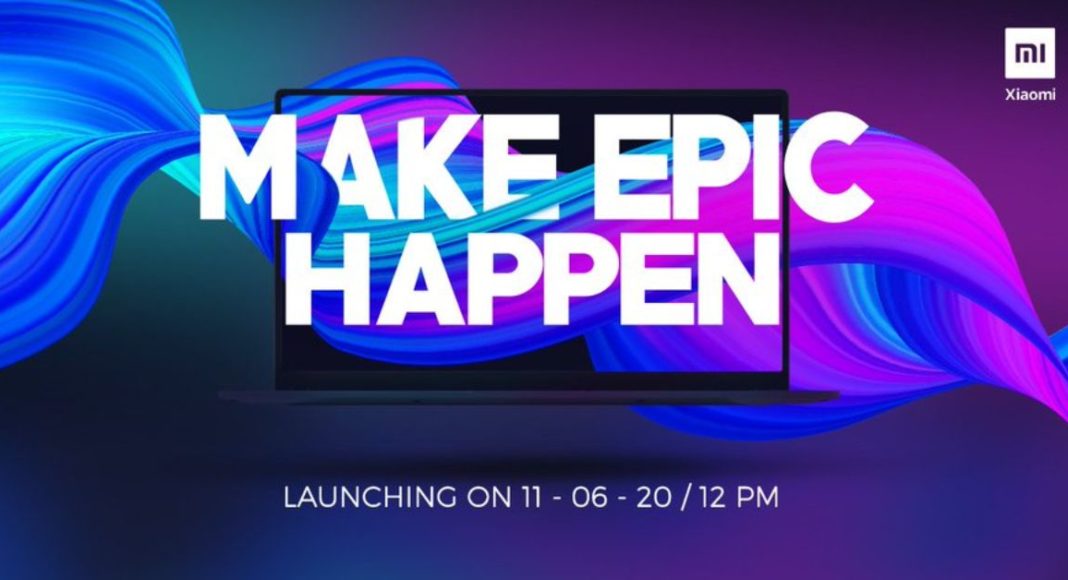 The Chinese electronic brand Xiaomi is all set to arrive with a new laptop series in India. Yes, finally Mi Notebook is finally making its way to the Indian Market on June 11. Xiaomi has finally confirmed the arrival of its much-awaited laptops. Manu Kumar Jain revealed that the new Mi Notebook will be exclusively available in India only keeping in mind the demands of the India consumers.

Soon Xioami is going to foray into the laptop category in India. According to the company on June 11 the company is going to unveil Mi Notebook in the country. Whereas the Xiaomi India chief Manu Kumar Jain also confirmed the launch of its upcoming new product on Monday via Twitter. According to Mr Jain, the laptop will be India-exclusive and is going to make its India debut next week. He says that the upcoming Mi  Notebook has been made keeping the Indian customers in mind. His tweet reads, “he brand new #MiNotebook will make its #Global #Debut in #India and will be: India 1st, India exclusive, Made for India Block the date: 𝐉𝐔𝐍𝐄 𝟏𝟏.” 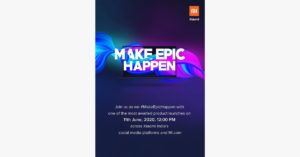 The company also shared a teaser image giving us the first glimpse of the upcoming Mi Notebook model. It is confirmed to feature narrow but noticeable bezels. However not much has been revealed but as the launch date starts approaching more details will start pouring in. According to the company, the launch event will be live-streamed all its social media handles including Mi.com via its official YouTube Channel. The launch event will begin at 12 noon onwards IST. Due to the coronavirus pandemic, the company will take the support of online launch event only.

According to some leaks, the upcoming Mi Notebook model is going to be a rebranded variant of RedmiBook 13 to be launched with different branding. It is expected to be the one that was launched last year in 2019 that comes with the 10th generation Intel processors.

As we mentioned earlier the information is scarce but the device is likely to support 1C fast charging tech that is capable of charging the laptop from zero to 50 percent in 35 minutes. So there is a high possibility that Mi laptop could come with similar specification as of RedmiBook 13.

The laptop features a chiclet keyboard with a 1.3 mm keystroke travel which is supported by  Microsoft PTP trackpad. It offers a 40 watt-hour battery supported by 1C fast charging technology bundled with a 65W power adapter. The RedmiBook weighs 1.23 Kgs and is 16.3 mm thin.

Komila Singhhttp://www.gadgetbridge.com
Komila is one of the most spirited tech writers at Gadget Bridge. Always up for a new challenge, she is an expert at dissecting technology and getting to its core. She loves to tinker with new mobile phones, tablets and headphones.
Facebook
Twitter
WhatsApp
Linkedin
ReddIt
Email
Previous article
Sony’s ‘PS5: The Future of Gaming’ event to take place on June 4
Next article
June 2 Amazon Quiz: Participate and win Amazon Echo Show