Both the tablets share the same specifications, the only difference is the processor.

Xiaomi has officially announced the launch of two new tablets- Mi Pad 5, Mi Pad 5 Pro. Both the device comes with a double-sided protective case and keyboard which is specially designed for the new tablets. The Mi Pad 5 series runs on Android 11 with MIUI for Pad. These also feature a 2.5K TrueTone display that has a 120Hz refresh rate. In addition to this tablet comes with four speakers and supports Dolby Atmos.

The Mi Pad 5 Series runs on Android 11 with MIUI for Pad. These features an 11-inch 2.5K TrueTone display that has a 120Hz refresh rate. The screen has support for Dolby Vision and HDR10. Under the hood, there is a Qualcomm Snapdragon 860 SoC, along with 6GB of RAM and 512GB storage on Mi Pad 5. Whereas the Pro variant equips a Qualcomm Snapdragon 870 SoC, coupled with up to 8GB of RAM and 256GB storage. 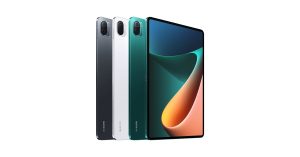 Komila Singhhttp://www.gadgetbridge.com
Komila is one of the most spirited tech writers at Gadget Bridge. Always up for a new challenge, she is an expert at dissecting technology and getting to its core. She loves to tinker with new mobile phones, tablets and headphones.
Facebook
Twitter
WhatsApp
Linkedin
ReddIt
Email
Previous article
Sony SRS XG500 review: An audio bazooka
Next article
Samsung Galaxy Unpacked event today: What to expect and how to watch?