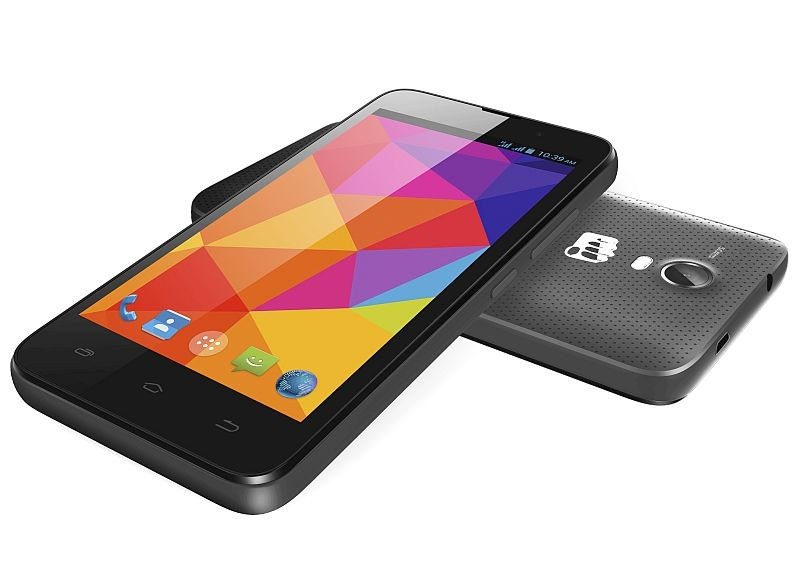 The domestic smartphone manufacturer Micromax has introduced its new Bolt-series smartphone called Bolt Q339 in the Indian market. The Micromax Bolt Q339 measures 123×63.8×9.7mm and is priced for Rs 3,499, which can now be purchased via Flipkart.

Speaking about the device, Vineet Taneja, CEO, Micromax said, “Created for the discerning Indian consumer, the Bolt Q339 has been launched, this festive season, to empower a wider consumer base with the experience of best-in-class mobile technologies and richer on-the-go internet experience at an affordable price. Bolt Q339 is one of the most affordable 4.5-inch, 3G quad-core devices in the Indian market. We believe that the new offering being available through Flipkart that has a reach across the length and breadth of the country, coupled with Micromax’s trusted product quality and after-sales service track record, creates a compelling proposition to delight the Indian consumer.”

The Micromax Bolt Q339 features a 4.5-inch (480×854 pixels) FWVGA IPS display and comes with dual-SIM functionality. The smartphone runs on Android 4.4.2 KitKat operating system and is powered by a 1.2GHz Quad-Core Spreadtrum (SC7731) processor. The handset offers 512MB of RAM and 4GB of internal storage which can be expanded further up to 32GB using a microSD card.

The device comes equipped with a 5.0-megapixel rear camera with LED flash and a 2.0-megapixel front facing camera for video calling. The connectivity options of the mobile phone include 3G, Wi-Fi, Bluetooth, GPS and Micro-USB. The device houses a 1,650 mAh battery and is available in black and white colours.

Apart from the Flipkart partnership, the company has also tied up with Vodafone to offer Bolt Q339 users up to 500 MB of 3G data free for 2 months. The company with its latest Bolt-series smartphone is targeting 3G phone users in India.

Ajay Singhhttp://www.gadgetbridge.com
Ajay Singh might still be studying English (Hons) from DU, but his skills over the language are pretty much top notch. He wants to quickly learn the ropes of journalism. Tech and gadgets fascinate him. His passion for the same drives him to research about new things tech. He tries to stay on top of gadget news. If there is a new tech toy launched, we are most likely to go up to him for its news. He likes to read and is crazy about travelling. He is also a cricketing ace and cannot resist a good Dosa.
Facebook
Twitter
WhatsApp
Linkedin
ReddIt
Email
Previous article
Intel is going big with the next gen of Core CPU’s, we caught up with Anand Ramamoorthy from Intel to know more
Next article
LG unveils its new V10 smartphone with two screens, dual-front cameras and 4GB RAM