HomeMobilesMicromax In Note 1 and Micromax In 1b smartphones go official in... 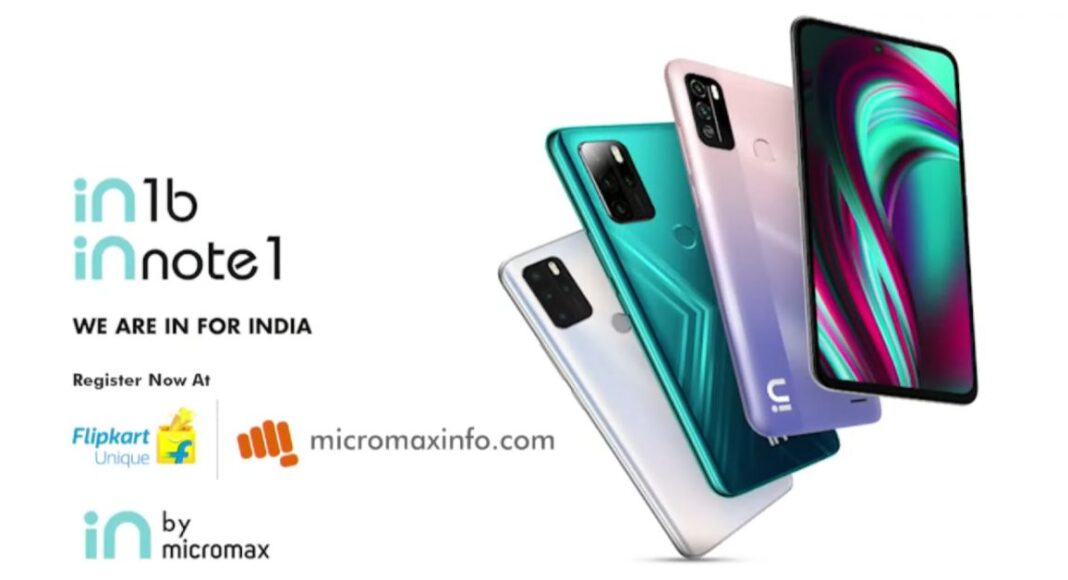 The Indian smartphone company once 2nd largest smartphone brand in India Micromax has made its comeback in the Indian market. Today the company introduced its much-awaited Micromax In series in the country and the lineup includes two devices Note 1 and In 1b. The Micromax In Note 1 comes with a full HD display with a 5,000mAh battery and is powered by MediaTek Helio G85 SoC. The Micromax In 1b features a MediaTek Helio G35 SoC, HD+ display, and a 5,000mAh battery with reverse charging tech.

Both Micromax In Note 1 and Micromax In 1b have been launched under the budget segment. The earlier one has been introduced in a configuration of 4GB RAM with 64GB and 128GB of internal storage. The younger sibling is priced at Rs 10,999 while the elder sibling will be available at Rs 12,999. Both the variants will be offered in two colour options white and green.

On the other hand, Micromax IN 1B has been introduced at Rs 6,999 for the base 2GB RAM with 32GB storage and 4GB RAM with 64GB storage at Rs 7,999. Note 1 will go on sale on November 24 while the In 1B will be accessible from November 26 via e-commerce website Flipkart and the official website of Micromax. The registrations for both the devices will begin later today.

Micromax In Note 1 comes with a 6.67-inch full-HD+ hole-punch design display with ultra-bright technology. The device runs a stock version of the Android 10 operating system and is powered by a MediaTek Helio G85 processor paired with 4GB of RAM with up to 128GB of storage.

For optics, Micromax In Note 1 features a quad rear camera setup that includes a 48-megapixel primary sensor, 5-megapixel wide-angle lens and two 2-megapixel macro and depth sensors. Upfront it has a 16-megapixel selfie camera with a 78-degree FoV.

The device has 4G VoLTE, Wi-Fi, Bluetooth, GPS/ A-GPS, USB Type-C, and a 3.5mm audio jack as connectivity options. In addition to this, there is a rear-mounted fingerprint sensor and a 5,000mAh battery with 18W fast charger support.

Micromax In 1b specifications

Micromax In 1b features 6.52-inch HD+ mini-drop HD+ display. The smartphone runs on the stock version of Android 10. Under the hood, there is a MediaTek Helio G35 processor paired with up to 4GB of RAM and 64GB of storage.

For taking photos and videos the smartphone has a dual rear camera setup that includes a 13-megapixel primary sensor with  f/1.8 aperture and a 2-megapixel depth sensor. For selfies, there is an 8-megapixel front-facing camera.

In terms of connectivity Micromax In 1b includes G VoLTE, Wi-Fi, Bluetooth, GPS/ A-GPS, USB Type-C, and a 3.5mm audio jack. The phone packs a 5,000mAh battery with 10W fast charging support. Also, the device has a fingerprint sensor on the back of the phone.

Komila Singhhttp://www.gadgetbridge.com
Komila is one of the most spirited tech writers at Gadget Bridge. Always up for a new challenge, she is an expert at dissecting technology and getting to its core. She loves to tinker with new mobile phones, tablets and headphones.
Facebook
Twitter
WhatsApp
Linkedin
ReddIt
Email
Previous articleMicromax In series set to launch in India today: Watch the live stream here
Next articleSamsung Galaxy S20 FE review: Premium looks in not so expensive package